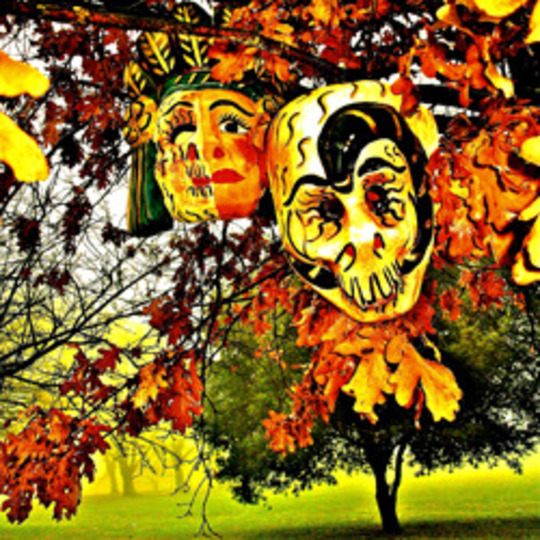 Now, let’s not kid ourselves: ‘Guitar Music’ is little more than a marketing banner these days, what with mutilating effects, foot-pedals and eminently unconventional axe-fiends like Battles quite publicly making a mockery of every glib instrument-centric categorisation going. It’s patently a term to be reserved for travellers and readers of GQ magazine. Yet, whatever your thoughts on its Death and Ascension and Resurrection and Revelatory Return et-mind-numbing-cetera and repeat-to-fade, there can be no doubt that a certain breed of young musician is firmly and, yes, very deliberately Kicking Against The Clicks. Instead, these kids choose to hark back to the glory days of, er, the Nineties, coolly prancing around with their guitars and wearing baseball caps the right way round and not having a Twitter and stuff.

I’m going on about all this because Plant Plants are a laptop-pop sort of band who seem faintly embarrassed to be using laptops. Like these Nineties prancers, they think laptops are dull. They don’t use laptops onstage. Maybe laptops are too modern and cold and sci-fi dystopia for the warm audio embrace of a Plant Plants show. They discussed the pitfalls of using laptops on stage in an interview. And meanwhile, this debut EP of theirs, though comfortably, consistently modern and most thoroughly laptop-y, self-consciously tempers its sinisterly sexy minor-key summer vibes with the resounding non-sequiteur that is closing tune ‘Dandelion’, which sounds like an entirely convincing outtake from Good Morning Spider rendered in a depressing post-coital setting. But the point here is really that they’re trying to rescue laptops from the precipice of Boring, and this is surely something to be encouraged.

Produced by Simian Mobile Disco DJ Jas Shaw, this four track EP is the middle-ground situated precisely between 2007 and 2011, which due to the fanciful and tumultuous nature of the musical beast, sounds literally nothing like 2009. It’s also more than a little bit good. Opening song ‘Hands that Sleep’ starts with a curious, cleverly underdeveloped Foals riff embellishing Rounds-era Four Tet drum flushes, before a glorious wash of thick, streaming synth cascades from one ear to the other, ostensibly leaving the listener smiling and soaking in Awesome while that insistently simple riff tries on a host of flattering new clothes. Judging by the Bambi Mix mixtape uploaded by the duo to Soundcloud earlier this year, they’d perhaps fit nicely into a mould of smooth 2011 soundsmiths ranging from How to Dress Well to The Weeknd to D/R/U/G/S, and a whole clutch of other artists I still can’t bring myself to listen to because their names sound like something idly dreamt up by The Mighty Boosh. ‘She’s No One’, too, rides the waves of leisurely opulence; a skew-whiff acoustic-guitar-and-synth love song accentuated by awkward stabs of sonic sunlight, which would probably go down equally as well on the right kinda dancefloor as it does in the sweaty musical bordello of my mind, which is to say, very well indeed.

One of the problems with labeling musos in black and white terms such as ‘guitar types’ and ‘laptop types’ is that they bypass not only the infinite greys in between but also a myriad of grand watercolours that are altogether more interesting. These are what Plant Plants paint in broad strokes, and while they presently lack a distinctly unique voice, there’s a precocious promise at the heart of this. And yeah, they’re not wrong: laptops as stage props are really, really shit. Good on ’em, I say.