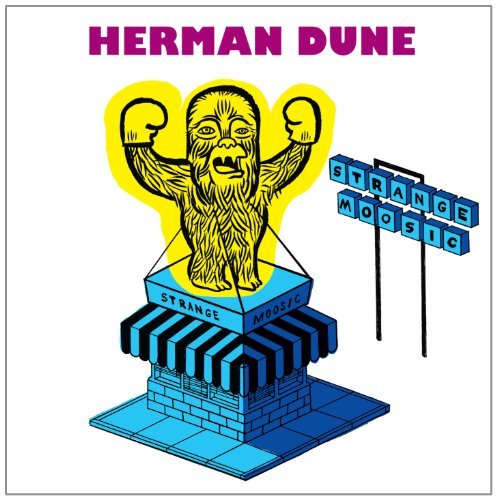 There is still something missing, and it’s a hole that even a weird little blue yeti creature and handsome Jon Hamm cannot fill.»

with a focus this time on melody and simple production, this is herman dune's most accessible record to date. featuring david-ivar's idiosyncratic vocals and engaging poetry. inspired by songwriters such as bob dylan, chuck berry, jonathan richman and david berman, his soft accent lends a nave charm to his words. adam selzer recorded the album at his studio in portland (m ward / decemberists). a perfect fit for herman dune, he was able to record songs played live and make them sound rich and vibrant. the songs were played on an acoustic guitar, the way they were originally conceived, each telling a different story but working together beautifully as a whole to create an effortlessly classic album. a decade ago, songwriter and vocalist david-ivar herman dune and drummer cosmic neman let go of their secular life and created the band herman dune. out of paris, all across europe and all the way to nyc, they gained a formidable cult status with the help of john peel. without stepping out of the diy network, with tape and 7' releases and devoted bedroom labels, some 12 albums were released.
description from www.roughtrade.com