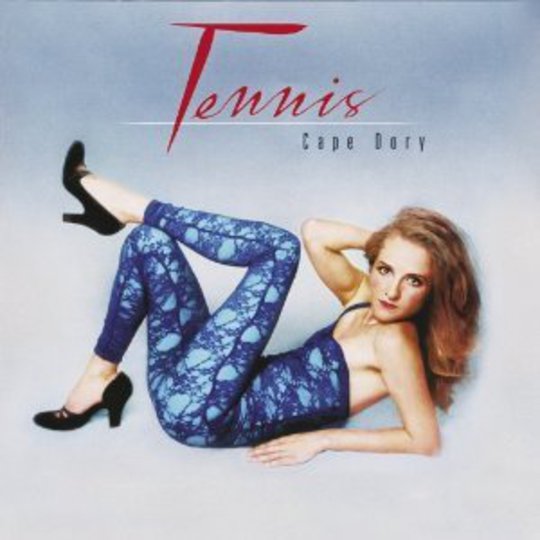 While not exactly considered the most rock'n'roll act in the world, the list of maritally consecrated couples in music is endless. From John Lennon and Yoko Ono to Win Butler and Regine Chassagne, Chris Frantz and Tina Weymouth, Kim Gordon and Thurston Moore, each would seem to be a marriage made in heaven that's only enhanced down the recording studio.

Denver based couple Alaina Moore and Patrick Riley - aka Tennis - are the latest additions to the music world's interpretation of Mr & Mrs. On the surface, nothing untoward about that. However, when taking into account the fact Moore and Riley abandoned their day jobs, bought a mini-yacht, then spent eight months sailing round the Atlantic Ocean and subsequently writing an entire album's worth of songs about it, Cape Dory is a unique collection in itself.

Comprising ten pieces in total and barely touching the half hour mark, Cape Dory is a genuinely heartwarming document of their voyage that sounds as if it could have been recorded at any point between 1963 and the present day. Although seemingly placed in the same ball park as the likes of Best Coast, Spectrals and Dum Dum Girls, purely for their occasional C86 reference points and Moore's own admission that she wanted to make "sunny pop music", the world of Tennis probably wouldn't exist as we know it were it not for the deep-rooted affection between its two key components.

Imagine Patsy Cline fronting The Platters and you won't be far away from the dusky introduction that is 'Take Me Somewhere', Moore's swooning vocal breezing through its simplistic arrangement with winsome bliss. 'Long Boat Pass' takes a more saccharine approach, jangly guitars and surf tinged beats all the rage here. The title track meanwhile - Moore imploring her beau to "Take me out baby, I wanna go sail tonight" - shows Tennis at their resonant best. Once again built around a simple yet effective melody, lesser known third member James Barrone coming to the fore as sweeping drums elevate the song onto cloud nine in an instant.

'Marathon' also takes a slightly more diverse route, and one familiar to anyone that's heard the early Glasvegas demos of 'I'm Gonna Get Stabbed' and 'Flowers And Football Tops'. Subtle finger clicks dissolve into a Sixties-style backbeat before Riley's heavily reverbed guitar kicks a second lease of life into proceedings, Moore cooing gleefully "We didn't realise that we arrived on high tide".

Of course the downside to such frivolous tales of romantic exploration on the high seas are that occasionally things become a bit samey, and sometimes a little too icky to stomach. "When you kiss me, you really kiss me" swoons Moore on 'Waterbirds' and one feels maybe it should have remained in the sleeping quarters of their loveboat. Likewise the lovelorn ballad 'Pigeon', which while following suit with Cape Dory's overriding theme, again traverses the boundaries of intimacy.

Nevertheless, Cape Dory is a more than satisfactory introduction to the world of Tennis and their travels, and perhaps unintentionally, one of the more unique additions to the current penchant for all things lo-fi in a Spectoresque kind of way.