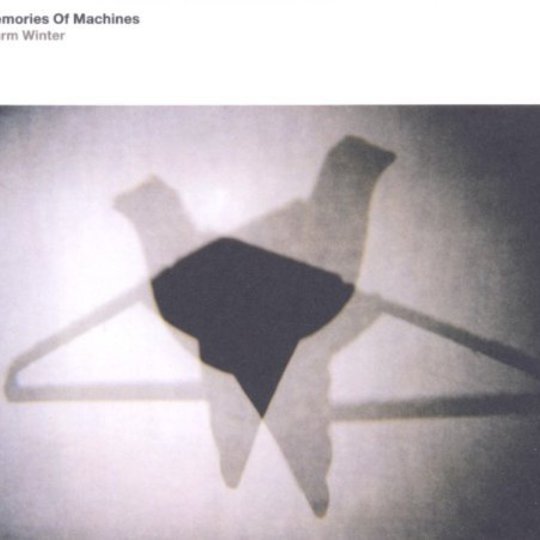 If there is such as thing as a prog spectrum, then at one end would be the boundary-obliterating muscle of The Mars Volta, which rips through any musical language it encounters by dint of virtuosity and simple compulsion. At the other end would be the kind of prog made by Memories of Machines; a sound more influenced by the melancholy of Vangelis and fantasy of Marillion. MoM are the slow-moving fog to TMV’s thunderstorm. It's testament to the rehabilitation of the much-maligned genre that there is now even a tacit acknowledgement among music fans that an acceptable side of prog exists. Secret Machines, The Flaming Lips and TMV have all done wilfully strange things without feeling the need to involve jesters at the knight’s table. Hell, even Kanye is sampling King Crimson these days.

There is however a strand of prog which still exists outside of any notion of fashion or popular momentum. One which to the casual onlooker exists in a gossamer-thin fantasy world, where life’s complexities are melted down and reassembled into a form where magic exists and women do find role-playing board games attractive. It's too easy to scoff at the wilder outposts of prog, like at school when you couldn't help but feel a guilty thrill watching the puniest kid in the year take his lumps from the comprehensive's Nelson wannabe. Warm Winter sounds like the album that kid grew up to make. The chief offence comes from the breathless vocals of Tim Bowness. It's like the man is so dramatic he just can't catch a bloody breath. Were it not for the grating widescreen-aspect-ratio drama packed into every syllable of the vocals, this album would have a much better chance of enticing some passing trade.

And yet, these epic visions of fantasy continue to be popular among a devoted fanbase. Proof comes in the tens of thousands of YouTube views for one-half of MoM Giancarlo Erra's other project Nosound. To be fair, he is not the breathy vocal guy, but Erra makes music very similar to MoM and seems to be doing alright out of it. So there must be something to it right? Well taken on its own terms, Warm Winter will probably delight fans already familiar with those involved. The album moves at a grandiose, glacial pace, as if demanding patience as the price for entry to the lush alternate realities it creates. Opener 'New Memories of Machines' sets up the tone of mysterious futuristic heartbreak which runs throughout with a slow lament, but before you can say 'unreliable narrator' out come the gargantuan riffage and gospel choir on 'Before We Fall'. 'Beautiful Songs You Should Know' is one of the moments on the album which, if it were an instrumental, could probably make a fairly credible entry into the world of modern classical. As it is, lyrics like "Loving arms and cowboy guns, mothers holding wayward sons, breathe in the light, breathe in the light" leave you in no doubt that this is ultra-prog. Track 4four veers dangerously close to playing to the indie crowd, seeing how it is basically a rejigged arrangement of 'True Love Waits' by Radiohead.

'Change Me Once Again' starts brightly with a bit of delay and electronic murmuring before settling down with another narrative-driven dramatic wash of guitars, piano and background vocal harmonies. 'Lost And Found In The Digital World' is back to essaying the breakdown of romance in the modern age. Again Bowness' lyrical villainy comes to the fore here; the rhyming couplet of "nervous online daters, constant life debaters" being particularly hard to stomach. The album closes with 'At The Centre Of It All', probably the best of the ten tracks here, a combination of the modern classical strings evident on 'Beautiful Songs You Should Know' with subtle electronic treatment of Bowness' vocals. Warm Winter apparently features guest appearances from numerous prog luminaries, including Peter Hammill of Van Der Graaf Generator, Colin Edwin of Porcupine Tree, Robert Fripp of King Crimson and Julianne Regan of All About Eve. While it's very difficult to pick out any individual moments those names may have been responsible for, the epic scope of this album is certainly enough to house such a revolving cast of musicians. Ultimately, your response to those guest spots will likely mirror your thoughts about the record as whole. If an album ever had the potential to delight aficionados of a genre, but almost no one else, this is it.