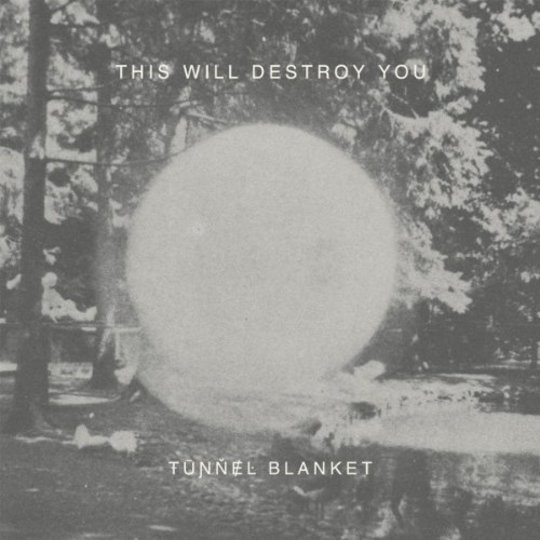 What was apparent about This Will Destroy You’s Young Mountain and the band's equally acclaimed self titled debut was that the records established the Texan band firmly into the post rock canon and defined a style that worked extremely well for them. But some felt TWDY were starting to push the auto pilot switch, not really adding anything new or groundbreaking to the genre, sounding like a copy and paste version of Mogwai, Caspian and 65daysofstatic. So what’s changed in the two years since their last release? Well… not much really.

While their earlier records managed to keep you drawn in through a direct manner via the rippling intricacies they both possessed, Tunnel Blanket keeps you at a distance, favouring an emphasis on the reverberant aspects that they had touched on previously. The distance works in TWDY’s favour as the clouded atmosphere creates a sense of curiosity, drawing you ever so closer each time to unravel what secrets the band is offering. However, Tunnel Blanket's ideas do little to pass more than a subtle intrigue as the ideas do run dry. But when ideas do start to arise, they’re all quite interesting.

‘Little Smoke’ is a blistering opener, with its glimmering glacial build up slowly becoming possessed by a looming undercurrent of enveloping distortion, droning guitars and asphyxiating haze that is the mid section. It simmers down into a lonely swell of elegant strings, beautiful yet melancholic. After that, frustratingly, the flames only smoulder, with only slight glimpses of inspiration. ‘Glass Realms’, in particular, takes a long nine minutes to come into the fruition of ‘Communal Blood’s’ mid section where everything runs amok again. The only element really keeping those lifeless nine minutes from dwindling is a stream of pulsating, ice cold ambience, all subtly freezing over on what otherwise is a dull and stagnant build up, never really taking off quick enough due to its time.

But when the TWDY do get things right, it’s interesting. ‘Killed The Lord, Left for the New World” is throbbing glisten of chiming bells and synths that are hallucinogenic in tone as they shift to the ricketing thump of the percussive acoustics creating a natural pastoral element different to the artificial chilling breaths in earlier tracks. Like 65days, TWDY do enrich themselves with a whitewash of electronic effects but whereas 65days come across as an overwhelmingly artificial beast, TWDY present themselves in a more natural way, always touching the line between the spiritually innate and the destructively fabricated. This is proof that can balance songs in terms of pace and ideas. Closing tracks ‘Black Dunes’ and ‘Powdered Hand’ are combinations of placidity and apocolyptia that can be awesome to behold but an end does have a start, and these tracks are very similar to the album’s opener. It’s acceptable to get away with such a thing on debut releases but with Tunnel Blanket being so far into the band’s career, you can’t help feel that TWDY are sitting a little too comfortably.

Colour of the Trap