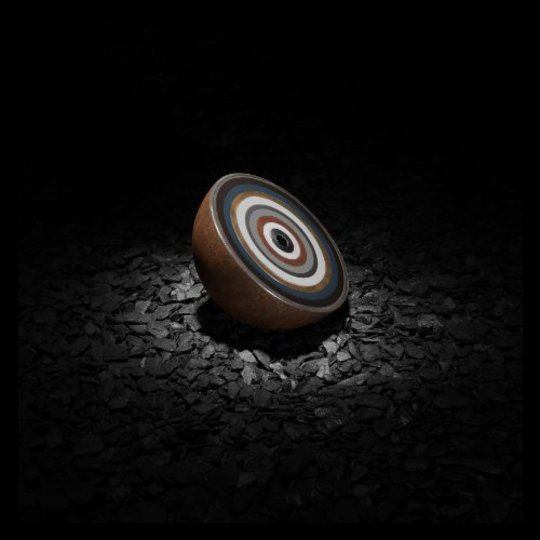 Perhaps the oceans ’twixt indie and grime will forever run shallow; characterised by mutual respect, rather than collaboration, integration. Or, I dunno, perhaps come 2021 Team GB’s Eurovision entrants will be splicing roughshod rhymes over pleasant jangle pop - Ocean Colour Scene feat. Kano, perhaps - provided those rapscallion Tories haven’t paddled us away to a continent all our own by then. Either way, the fact this singular Brit-hop record’s ’indie’ production is the least interesting of its selling points is quite the testament to Dels and his masterful verbal/lyrical recoil.

In case you hadn’t yet spotted the thing, there is an elephant in this here room that perhaps ought to be banished. On the finer points of modern hippity hop, the cut and thrust of grime and other such beat and flow based sounds, I’m about as clued up as Dumbo is on the intricacies of the French lute. Which is to say, ask me the difference between a rapper and an MC and you will be met with blank stare, embarrassed mumble and nervous, hasty retreat. Take your pithy grievances to my editor pal, ’cause I like this record A Lot - possibly even moreso than http://drownedinsound.com/in_depth/4140930-this-weeks-singles--06-09-10 - and context or no, that fact shall remain.

This being his debut, Dels - aka Kieren Dickins - wisely wastes little time calling up the big hitters. A one-two punch of Joe Goddard productions, ’Trumpalump’ and ’Shapeshift’ marks the LP’s zenith two tracks in. On the former, Kieren purrs with invitingly leonine malice, indulging in such ’disses’ as, “I disperse words, empty my mind / On these rubbish MCs, dying to shine”. Yep, “rubbish MCs”. No bullshittin’ cocksuckers nor barren-ass bitches to be found here - not even fools, big wallys; just rubbish MCs, pure and simple. And while I’ve plenty of time for witty hip hop scribes of the ghetto, in avoiding such derogatory dalliances Dels shoots for something else entirely, evoking the broad palette of Ghostpoet, whose Peanut Butter Blues and Melancholy Jam finds in Gob a close ally.

Making the most of said palette, opener ’Hydronenberg’ sees Kieren chewing the ridiculous out of shape and spitting it into a topsy turvy beat, deftly conjuring vivid psychedelic images - “I am the architect of my thoughts / Where unicorns shit glitter, welcome aboard” - in an effort to escape the mundanity of his office job and also his hangover. With an imagistic fluency befitting of Edan’s ’Beauty’, this freedom of language and imagination is impeccably suited to the hip-hop form. As with most of Gob, the rhymes are matched - courtesy of Kwes - with a helter skelter of beeps, whirrs and staggered tropical dubstep rhythms, dense and choppy yet not so demanding as to impinge upon Kieren’s poise centre stage. By the song’s coda, he aspires to “fly right outta the door” of his office, but judging by the clarity of that trippy imagination, if actual magic were to happen it would in all likelihood be rather a crushing disappointment by comparison.

Admittedly, there’s a wee something missing from ’Droogs’, an unsettling but less than chilling account of sexual abuse, a broken home, told in reverse. Where its ancestor Dizzee Rascal’s ’Jezebel’ was frankly and intimately disgusting, Kieren slips into a somewhat hackneyed delivery - the kind the rest of this record revels in eschewing. But elsewhere, peaks festoon the neon skies. Micachu, on her sole contribution, offers up ’Violina / Bread Before Bed’, an abrasive, jaggy backdrop for Kieren’s callous tongues to writhe over, as hairdryer-processed guitars and bubbling basslines abound. Kwes closes off a fine run with the title track, whose celestial chorus gives way to a toe-tappingly generic bass line as the album sputters to its conclusion - but its the myriad soundbites peppering Kieren’s zippy storylines that nudge Dels towards grimy grime’s cutting edge. And sure, you would be well within your rights to scoff at my vapid honky bravado as I flail to adequately sign off here. But I do reckon, far as pop MCs go, we’ve scarcely had it better.