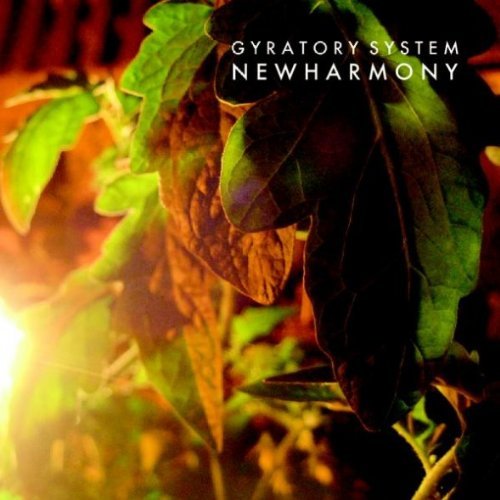 What Gyratory System achieve is to sound quite like Max Tundra but without any of the pop-sensibilities which makes him worth a punt now and again. »

gyratory system is the sound of electronica played by clockwork and steam-powered sequencers.
over the last year producer / trumpeter andrew blick has been holed-up perfecting a new batch of material using the band's customized recording technique, 'the process' adding to the melodic feel of earlier releases an industrial, einsturzende neubauten / cabaret voltaire edge, plus an affinity with contemporary acts like holy fuck, black dice and fuck buttons. using electronica as a base-camp, 'new harmony' makes instrumental expeditions into territory including free-jazz, minimalist composition and afro-beat. as on the previous album, the band sonically depicts london landmarks both well-known and obscure, with trip-hop-gone-john coltrane opener 'lost on the king's road'; the hypnotic synth-and brass fanfare clatter of 'seven dials'; and the harmonia / kraftwerk-flavoured 'sicilian avenue'. there is a more ambient interlude in 'i must create a system', a title drawn from the writing of william blake. album title track and single 'new harmony' is named after a 19th century socialist commune established in the us; and the political theme continues on album closer 'industrial action'. when not creating gyratory system's blend of heavily treated wind instruments, synths and processed percussion, dr blick is a constitutional historian and author who once worked at no. 10 downing street. his diverse musical background includes work with artists such as damo suzuki of can, david gedge of the wedding present and drum n' bass dj grooverider. the late john peel once joked on-air that blick had done so many sessions for so many different bands on his show that he should be banned from the maida vale studios!
description from www.roughtrade.com