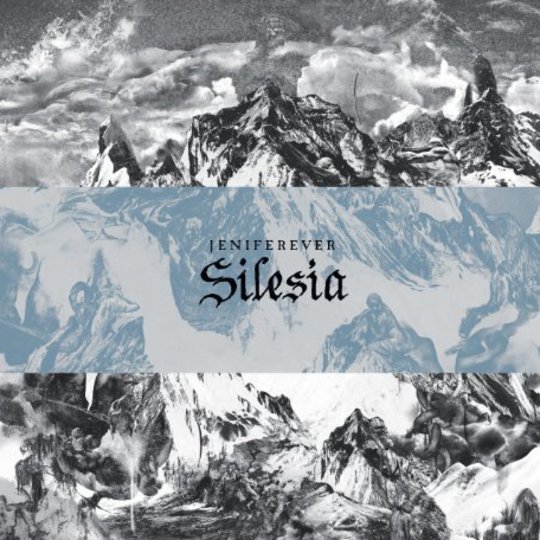 There was a brief moment when post-rock was properly trendy, when everyone searched for the words to describe Pelican, when everyone claimed to love Mono’s extended jams. That moment has passed. And while there is still plenty of excitement to be mustered for a God Speed You! reunion or an Explosions in the Sky festival appearance, the genre seems to have fallen out of favour with the zeitgeist.

Jeniferever were never really part of the post-rock school, but its themes and influences have always been present in their work. On their third full length album, the DiS Records alumni haven’t made any bold leaps forward, but there is something very different in the mood of Silesia. The album has been coloured by recent personal tragedy and its sombre tone is immediately notable to a listener without this knowledge.

Silesia waxes and wanes between moments of sadness and scattered sparks of brightness that wildly alter the moods of songs in subtle ways. 'To the Beat of Our Own Blood', the first single from the album, is the most straightforward pop song, certainly the most upbeat track, and with its indie-disco synths it all but verges on radio friendly. The similarly traditionally formatted 'Dover' has a similar lightness that falls away in its post-rock styled outro. If there is any anguish or aggression to be coped with, outros are usually the places for it. Before songs can fade out, the last few minutes’ delayed reactions finally escape, with metallic sounds emanating from beneath more delicate guitars, with the bass producing some unholy din, with the song finally reaching its climax just as it ends.

Despite the band’s propensity for ever larger sounds, they are not beyond nuance. Keyboard chords that rise like a change in pressure can immediately evoke a sadness while piano tinklings - starling amidst the electric sustains - bring in something too akin to whimsy to be despondent.

This heavyheartedness leaves you looking for something deeper in Kristofer Jonson’s voice, which forever straddle a fence between melancholic and eerily calm. Throughout the album, no matter the tone of the song, no matter how dramatic the composition, Jonson maintains a sort of zen that is almost defiant of energy or intensity. The vocals sink smoothly into their arrangements, sometimes completely (and unfortunately) obscuring lyrics.

While Jeniferever typically adhere to standard pop/rock song structures (verse, chorus, bridge, etc), it is odd to think of their songs as having any structure. So much of the album feels symphonic, and the songs seem to have have movements more than they have verses. There is a looseness of form more familiar with the ambling nature of post-rock; the expansive arrangements have a bold, windswept nature that doesn’t lend itself to the familiarity that creeps in through a chorus.

If there is one serious criticism to the album, it is that the songs lack any great distinction from one another, but this doesn’t hurt the body of work as a whole. Silesia is the type of record that is meant to be listened to as an album; even on shuffle, the songs blend into one another seamlessly as one cinematic blur. And for any lingering sadness, Silesia is still a relaxing listen: and all of its intense sound swells still leave you with a feeling of peace.