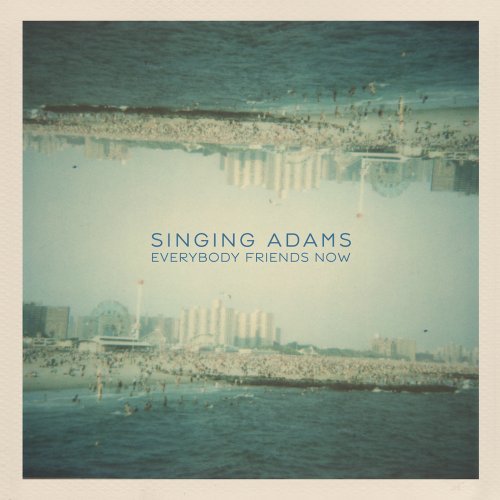 The Singing Adams - Everybody Friends Now

Hardly a major leap in any direction for Adams, but rather another environment in which he can craft his particularly English way with words.»

close'everybody friends now' is the debut album from singing adams, the band formed in east london by steven adams, former singer of cult group the broken family band, with bassist michael wood (michaelmas), drummer melinda bronstein (absentee, wet paint) and guitar player matthew ashton (the leaf library, saloon). with adams at the helm, you can expect - and you will get - a sound that touches on indie, folk and sharp rock 'n roll, with lashings of the rapier wit that has earned him a reputation as one of the finest lyricists and songwriters of the last decade. after eight years in the broken family band, this is steven adams how he wants you to hear him. "i've been writing songs and singing them since i was a kid and i thought it was about time i took some responsibility for how it all turns out, so i could say, i wrote these songs, i got this band together, i produced this album," he says. "and i want people to come away from this record feeling happy and sad at the same time." its title reflecting the band's optimistic mood, everybody friends now was recorded at the sick room in the norfolk countryside, with additional parts recorded in toronto by trumpet player shaun brodie (the hidden cameras, the new pornographers, dan mangan).
description from www.roughtrade.com