Us And Us Only (Deluxe edition) 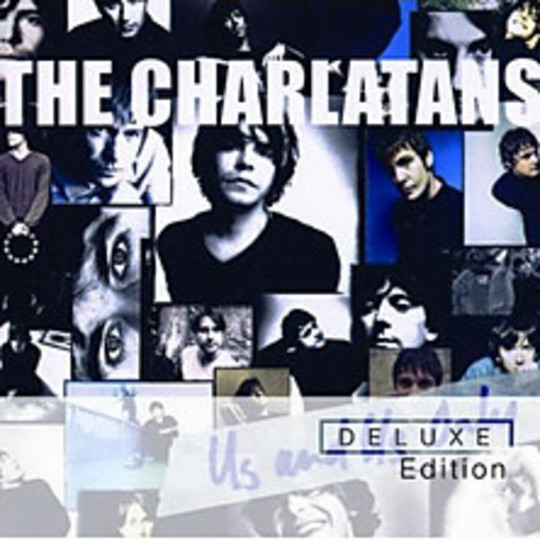 Here's a true story. A few years ago at Leeds Festival, me and a friend were watching The Charlatans play a hugely impressive set when a couple of guys stood in front turned round and asked "Who are these Oasis wannabes!?!" Aside from being a sad indictment upon the two ill-informed punters, who had no idea that Tim Burgess and co. pre-dated the Gallaghers ensemble by the best part of a decade, it also confirmed a serious misconception often made about The Charlatans: that they're just another ladrock band in thrall to Manchester's musical halcyon daze.

That they're wrong goes without saying. If anything, the fact The Charlatans have outlasted both of Manchester's boom periods - from the initial flurry of The Stone Roses through to Oasis critical zenith and beyond - speaks volumes. As does the fact they've bounced back so many times in the face of fickle musical tastes and fashions, not to mention encountered personal tragedy along the way.

Indeed, when Us And Us Only was first released back in October 1999, it didn't exactly ignite the flames of public interest that its predecessor Tellin' Stories had achieved just two years earlier. Despite widespread critical acclaim, its sales figures proved relatively small in comparison and with the impending birth of nu metal the relevance of The Charlatans in the current climate came into question once more.

Nevertheless, when looking back, few could argue that Us And Us Only represents possibly the last record created by The Charlatans that could boast a fluent level of consistency from start to finish (although last year's Who We Touch gave it a good go), and apart from marking then new keyboard player Tony Rogers full-time debut with the band, it also heralded a musical departure few could have expected.

Not only was it their first release for a major label (Universal), but it also marked James Spencer's first production role with the band, a partnership that would continue for the next three Charlatans records. In hindsight, it perhaps wasn't that much of a surprise to hear them veer off in a more Dylan-esque, country rock direction, but at the time it seemed like they'd recently discovered a parallel universe, or as Tim Burgess recently put it to DiS, "one minute full of bravado, next minute totally fragile."

From the outset, the seven-and-a-half minute opener 'Forever' meanders into a pulsating groove which sets the scene gracefully for what follows. The more plaintive 'Impossible' and restrained acoustics of 'The Blonde Waltz' probably lie at odds with their earlier works such as 'The Only One I Know' or 'How High', yet the maturity on display both from a songwriting and arrangement point of view is breathtaking. Better still is the bluesy lilt 'A House Is Not A Home', arguably Burgess's best ever vocal performance, and the suave orchestral soul of 'Senses (Angle On My Shoulder)'. Delve deeper and one can imagine a youthful Guy Garvey listening intently to 'The Blind Stagger' whilst planning the embryonic stages of his soon-to-be-huge musical project, while the spiralling 'Watching You' closes the original album in incisive fashion. Under normal circumstances, it would be churlish to want more. That this Deluxe Edition offers another 19 pieces of music make this essential listening.

Throw in a couple of radio sessions, live tracks from 1999's Reading Festival and a gospel style take on 'A House Is Not A Home' from an early edition of Later... and you've an essential collection here that every Charlatans fan should own.