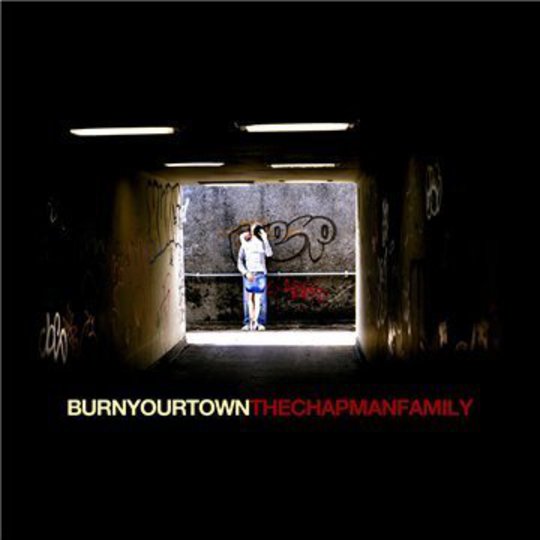 Patience may be a virtue but whoever came up with that cliché clearly read from the same book as whoever may be in charge of The Chapman Family’s release schedule. There can simply be no other explanation as to why it has taken a whole four years for this Stockton-on-Tees four piece to transition themselves from the release of their double A-side single, ‘You Are Not Me / You Think You're Funny’, to this year's debut album Burn Your Town.

Whilst no record could live up to the expectations generated by such a long gestation, not least a moderately accomplished collection of rough cut post-punk, Kingsley Chapman and co haven’t completely dropped the ball here either. In fact, the most irritating feature of Burn Your Town is the knowledge that its more proficient successor could be years away.

That’s not to say that lead single ‘All Fall’ doesn’t carry a perfectly bruised swagger courtesy of a coarse, thrusting bassline and soaring chorus. Or that the howling feedback induced refrain of ‘Kids’ won’t carry the same jagged kick it did when it first saw light in 2009. Disappointingly though, The Chapman Family still don’t seem to have the clearest idea of where their strengths lie.

Where Burn Your Town changes tact from the visceral spectacle of its creators’ early singles, it does so in the ill-advised direction of strung-out opines, full of guitar reverb but lacking in enough substance to build any requisite tension.

Album opener ‘A Certain Degree’ is the archetypal example of such a flop - as Kingsley Chapman laments “you seem so indifferent to me” you can’t help but sympathise with his tormentor if this was the laxidasical approach he took to romance.

It is a genuine shame such moments let the band down, as elsewhere Kingsley demonstrates quite the knack for a yearning one-liner. Singing almost exclusively in the first person, his lyrics may all come in the same simplistic vein as ‘Sound Of The Radio’s “Your aching heart let the cheating start”, yet the baritone croon that accompanies them acts as a great sales pitch.

Overlooking this writer’s predisposition to the marriage of regional accents with harsh sonic palettes, Burn Your Town quite clearly burns brightest when tapping into the more primeval end of The Chapman Family’s spectrum.

‘Million Dollars’ crests and soars on the back of a wall of shrill guitar, fully justifying its seven minute duration by stretching the concept until collapsing into a barely comprehensible cacophony of screams and cymbal rushes. In the same way, ‘Virgins [Reprise]’, a drastically sparse reworking of the band’s similarly titled 2009 single, doesn’t really come alive until its fantastically polyphonic conclusion dragging a previously plodding affair into glorious Technicolor for 20 seconds or so.

What ultimately drags down Burn Your Town though, is the nagging surprise that it took so long to put out this record. Many of this debut album’s flaws stem from a failure to commit to variations on one good idea, where instead it branches out in search of alternatives stifling the bands more productive creative outlets.

With a little more focus and a little less self-doubt, The Chapman Family’s second record should easily surpass this still pleasing statement of future intent. Just so long as they don’t take too much time recording it.