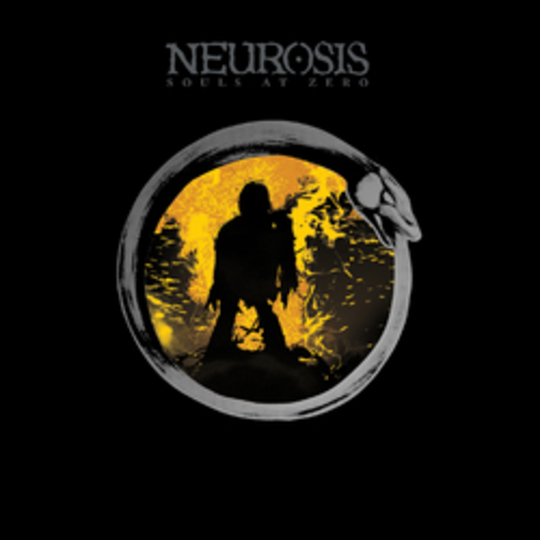 Neurosis continue a recent spate of reissues with the repackaging and re-release of third album, Souls At Zero - though really more of a re-re-release having already been pried from the vaults once before in 1999. That same version in fact - bonus demos and all - has been given another tweak and a packaging makeover here, featuring rejuvenated artwork by artist Josh Graham.

Souls At Zero is widely seen as the creative turning point for Neurosis, marking a progression from the Oakland, CA stalwarts' hardcore/crossover thrash roots into a period of intense experimentation and ambitious aesthetic development. Utilising strings, synths, acoustic guitars, distorted voice recordings/broadcasts and eerie-as-fuck tribal chants, Neurosis created a dark, brooding and truly menacing collection of sounds that were at times unsettling and intricate, at others as slow and aurally-punishing as any spiritual spawn of Black Sabbath should be. It was tapping a whole other vein, far removed from the skin-tight, cock-sure 'heavy metal' that had shred its way through the Eighties, packing out arenas, and was to have arguably a more lingering and significant impact than many hitchers riding that particular bandwagon.

The album opens to a prolonged deathly chime, caked in murky, doom-ridden proclamations that usher in the opening growl of 'To Crawl Under One's Skin'. Dropping in and out of now almost trademark bursts of clean-plucked yet unavoidably dark guitar melody, Scott Kelly's ear-piercing battle-cry soon erupts with a cathartic, skull-crushing gush. Listen through headphones and the contrast between each chilling down-tempo break and it's ferocious distortion-clad counter-riff will both excite and disturb, enveloping you like a dark and imposing storm cloud.

It's this grasp of metal's well-worn components - unforgiving rhythmic and sonic brutally - along with a well-honed melodic sensibility that sees Neurosis successfully meld two disparate worlds together and re-establish the idea that you don't just have to be loud to be heavy. This is a theme well represented throughout the course of this hour-long set, from the beautifully destructive - and somewhat ironic - 'Sterile Vision' to the groove-ridden explosiveness of 'Stripped'; its intense bouts of carnal riffage punctuated with terrifying monastery chants and peppered with strings, keys and tubular bells. Similarly, the sparse opening bars of 'Takeahnase' are deep and ominous, creating an unprecedented level of tension and unease that is soon quelled by a hail of flat-out fury.

Despite being part of what is essentially both a clean-up and an upgrade of the band's esteemed back catalogue, everything that made this album what it was remains largely unchanged and as a result, is just as enticing and compelling a body of work as it was in '92. Indeed, in the years since, its and the band's influence has been well-documented. That utilisation of slow, druggy momentum, married with the juxtaposition of blistering heaviness and cold, engrossing melody can be heard in the work in countless descendants, from the likes of prog-metal titans Mastodon to the recently defunct 'post-rock' flag-bearers Isis. Taken simply on its own though, Souls At Zero is an essential piece of work for any curious and open-minded metal fan, a far from antiquated gem that is as relevant and riling as ever.