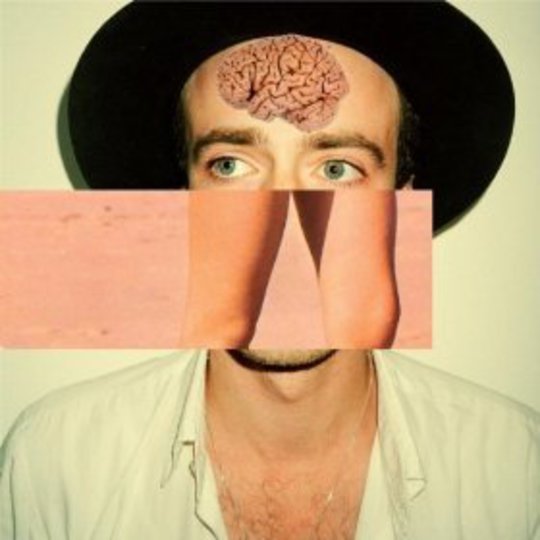 After the dramas which accompanied The Veils’ debut album The Runaway Found - revolving around court cases, stolen ownership rights and toys being thrown out of prams by Warner Music - frontman Finn Andrews, unhappy with the direction in music his band had taken (maybe the three different producers over a four year period had something to do with it), stormed out of the country, touring solo around America and Japan, before returning to his base of New Zealand. It was here that Andrews began playing music in a bedroom with old friends from his high-school.

From this arrived The Veils’ second album, Nux Vomica; after touring that for 16 months, the band found themselves back in the studio in London for just three weeks, which resulted in third studio album Sun Gangs. And now The Veils have released a seven track EP, entitled Troubles of the Brain.

Though this band hadn't registered that much with me previously beyond seeing the video to ‘The Letter’ on TV a few times and wondering the 1920s lady's hat Andrews appeared to be sporting, I was more than impressed with EP opening track ‘Bloom’, a number which sounded like The Drums’ ‘Let’s Go Surfing’ had been dragged along a path of gravel by Nick Cave.

Second track ‘Don’t Let The Same Bee Sting You Twice’, offers some sound, poetic advice about how you know, well, not to get stung by the same bee twice. ‘The Stars Came Out, Once The Lights Went Out’ proves to be an impressive pop number with a melody aching with summer nostalgia. ‘The Wishbone’ has a much moody and sombre feel to it, something Andrew’s voice is well suited to. ‘Grey Lynn Park’ is a kind of fillery, but epic and anthemic for that.

Unfortunately, ‘Us Godless Teenagers’ and ‘Iodine and Iron’ finish the EP off on a low, sounding like the music you’d play at a funeral to provoke more tears, or the soundtrack to a montage of catastrophic images from overseas. I can commend The Veils for producing an EP. which shows off their musical capabilities and diversity in song writing, but it seemed a shame to top off such an energetic twenty minutes with so dirge-like a finale.