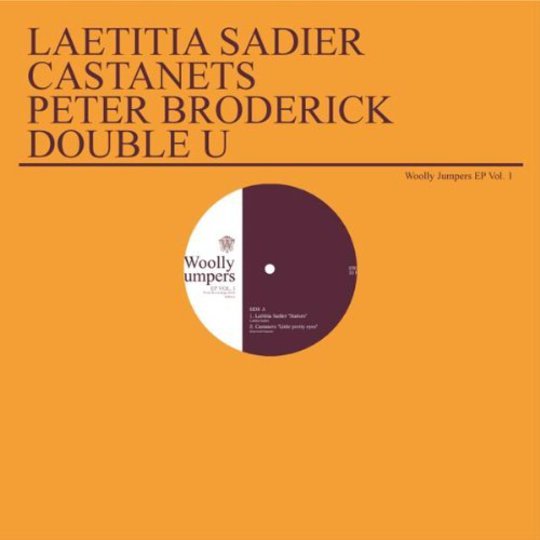 If this compilation is meant to reflect what French life is like, then what a quiet life it must be. There is diversity on Woolly Jumpers, which stretches from mumbling singer-songwriters to shoegazey atmospherics to chilled-out funk. But there’s nothing here that jumps out of your speakers and implants itself in your brain. It’s all a lot more subtle than that, delivered with a Gallic shrug that paints a picture of a music scene which doesn’t demand too much of itself, or of the listener.

The 18 tracks assembled here are a showcase of material from the French label, Wool Recordings, which was set up in 2004 by Frank Rabeyrolles. What all songs seem to have in common is a distinctly lo-fi approach and a slightly ambivalent style of performance which, at best, is refreshingly irreverent, and at worst, is shambolic or lazy.

There are several singer-songwriters here who tread this fine line. The first is Dave Bixby, who portrays a lonely, mournful, tender soul as he laments his way through ‘Drug Song’. Though his delivery on this recording from 1969 is straightforward, it is nakedly sincere. Later, Laetitia Sadier lethargically strums her guitar as her detached, despondent vocals cast her as a cold spinster who has been numbed by heartbreak. These are uncomplicated, relaxed recordings that are all the more humane as a result.

More interesting, perhaps, are A Classic Education. The first thing to notice on ‘Terrible Day’ is vocals that sound remarkably like those of James Mercer, and within the music itself there are the same jangling melodies that make The Shins so recognisable poking through. What is different here, however, is that these hooks are made to force themselves through a thick smothering of shoegazing ambience that gives the sunny harmonies a gothic aesthetic.

Lesser Gonzalez Alvarez don’t muffle their melodies in the same way, but in what is becoming a typically indifferent style for this compilation, they don’t kick up a fuss around their sweet, lilting tunes either. There’s something of Belle & Sebastian in ‘Me And Roman’, but with charming doo-wop vocal hooks, the band sound more like they are recording an early Bishop Allen demo.

Wolf People provide the only really danceable track on this compilation. With a smart blend of Indian classical scales and blues licks, they play laid back funk, as the vocals exhale with a pleading folk twang. It sets the scene for a desert party that’s running in slow motion – it might be too hot to go too crazy, but the rhythm is infectious enough to make it impossible to not respond somehow.

Later on Woolly Jumpers, the laid back approach feels less appropriate. On ‘Summer Days’ by Suddenly Sunshine, mumbling brass parts sit uncomfortably on top of an MOR soft rock track that could do with a bit more of a kick. Similarly, the lightly strummed distorted chords start out as pleasingly dark on Sarabeth Tucek’s ‘Shadows’, but as the bass and drums build up the track turns into an unremarkable country rock would-be anthem that lacks the fury it deserves. The bitter acoustic melodies on Double U’s ‘Ouah’ are also poorly matched to lethargic vocals that let the track to plod along disinterestedly, with little to catch your eye.

The lesson to be learned from Wool Recordings is that if you want to be laid back in your approach to performing, you’ve got to do it right. It’s all very well subverting the modern music industry’s quest for perfection, but this can be a problem when it means not giving tracks the delivery they deserve. As a consequence, the music on Woolly Jumpers can be a little too unremarkable, but that doesn’t mean it can’t be a great record to waste away a lazy Sunday afternoon with.