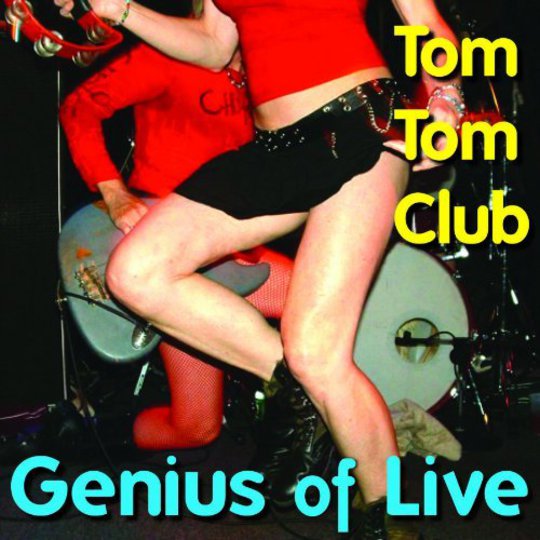 It would be possible, in theory, to write about Tom Tom Club without reference to Talking Heads. But it would be an obscure and cerebral exercise, like one of those novels that only uses one vowel. And besides, I’ve already blown it. David Bowman’s Heads biography This Must Be The Place is unintentionally funny to the point of self-parody. The author comes across as a kind of Woody Allen caricature of the eighties Manhattan scenester who is convinced not only that New York City is the centre of the known universe but that it is the universe in its entirety, unaware he’s demonstrating precisely the smalltown mentality he so pompously disdains. He never explains just what it is that Heads/Club bass player Tina Weymouth did to earn his undying enmity – perhaps she inadvertently snubbed him in the queue for Studio 54 or sat on his cocaine – but Bowman has it in for Weymouth on a cosmic scale, and the resultant petty bitchiness permeates his telling of the Talking Heads story like the taste of milk about to turn.

This is unfortunate because it’s a good story, affording plenty of opportunity for philosophising around the proposition that history is not made by great men. Précis: band forms, three then four musketeers, acclaim ensues, band works with auteur producer noted for box-transcending approach, frontman/songwriter notes limitations of box, band’s work improves in quantum jumps from album to album and – hey presto – by album number four the band has expanded to a nine-piece and made one of the most extraordinary records ever to be billed as pop music (that’ll be Remain In Light, of course). Understandably, original musketeers become miffed at perceived sidelining, the miff doubtless exacerbated by the fact that the music they’re now creating as smaller parts of a bigger machine is so undeniably brilliant.

Noticing that frontman/songwriter is cultivating other irons in other fires, Weymouth and drummer/husband Chris Frantz form rap-inflected party band Tom Tom Club and enjoy modest commercial and artistic success, notching up a couple of entries in the Jukebox Of Eternity in the process. Years pass. Then somebody decides to release live album featuring reheated version of rap-inflected party band playing to a small crowd of their mates. As if to trumpet the cheapness and superfluity of this venture, the album is packaged by a blind man in the dark, with a typeface only marginally less fatuous than Comic Sans and what looks like a picture of Peaches’ mum giving it some thigh. Oh, and both notches – ‘Genius Of Love’ and ‘Wordy Rappinghood’, fact fans – are dispatched within the first three tracks. And, wait for it, the album is entitled Genius Of Live.

It’s not all terrible. Weymouth and Frantz are still a rhythm section to be reckoned with. With a decent frontman/songwriter they could really go places. The guitarist they hire to impersonate Adrian Belew gets it right for seconds at a time before he forgets his brief and noodles out a smelly little Rock School solo. There are a couple of tracks that don’t sound like a superior take on lumpy Eighties funk-rock and approximate to the joyous, unclassifiable clatter and babble of Remain In Light. And there are the notches. Nothing wrong with those. But in a world where the likes of LCD and !!! are situating the musical legacy of Talking Heads inside records that are contemporary, original and exciting, it’s difficult to see why anybody who wasn’t actually present would want to give eartime to Genius Of Live.