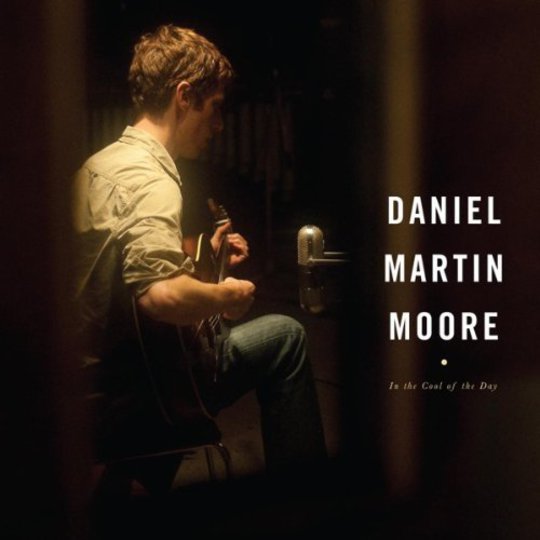 Remember Devon White? Nine goals in 26 games for QPR in 1993–1994, yet despite a full season in the top flight he soon disappeared to the lower leagues and now has his own business as an electrician in his native Nottingham. He came from nowhere, he had his (brief) moment before rapidly disappearing down the leagues ending his playing career at Ilkeston Town.

Now, Daniel Martin Moore is hardly in the Premier League but after support slots with Iron and Wine and Monsters of Folk he's certainly coming close. But, as with Devon White, longevity might not be something Moore particularly enjoys.

Martin Moore’s music is somewhere between the syrupy wank-jazz of Jamie Cullen and increasingly bland output of Ryan Adams. Essentially it is tepid, bearable, unchallenging.

A mix of re-imagined gospel favourites straight from Moore’s childhood and songs that attempt to emulate the same sickly nostalgia, _In the Cool of Day_ is a record that fails to intrigue or challenge the listener.

While the re-imagined tracks are sleek - at time verge on charming - there are large chunks here that appear to settle simply for emulating Moore’s inspirations.

The record begins with the tentative ‘All Ye Tenderhearted’ a tentative track that eases the listener into proceedings yet compared to his version of ‘Dark Road’ it's little more than soap bubbles and hot air.

What grates here is the lounge swagger Moore brings to the table. ‘Closer Walk With Thee’ manages to be transformed into a Cullum meets Richard Cheese experience – that is the sense of soul is stripped bare and instead replaced with a vocal that might be pleasant but is the equivalent of drinking Hoegaarden on a visit to a trappist monestry. It might taste ok but you’re basically missing out.

In terms of white boys with guitars reinterpreting gospel and soul, both Johnny Cash and Seasick Steve have done it not only in totally unique ways but far better too. In the Cool of Day manages to stagger halfway between emulation and straight up covers with little satisfying middle ground.

The title track edges toward understatement but for all his best intentions, it seems Moore is capable of beauty – until the chorus creeps in fresh from a cameo in Seal’s ‘Kissed by a Rose’. The delivery might be different but a melody never lies, right? But the record does have its rewards. On ‘Lay Down Your Lonesome Burden’ Moore’s understated piano is accompanied by a lone violin created a moment of genuine beauty amid a record that for the most part seems content just to exist.

Closing track ‘Set Things Alright’ manages to wipe away some of the saccharine kisses planted throughout the record and for the most part it works. Moore proves here that his voice has more than the highly glossed dimension. A violin collides with a banjo and mandolin in the most sublime manner – it is understated, and creates a moment that seems forever stuck in a sepia film.

For all the nostalgia and bland meanderings it is worth visiting this record for the closing tracks alone – but you might not want to come back too often.