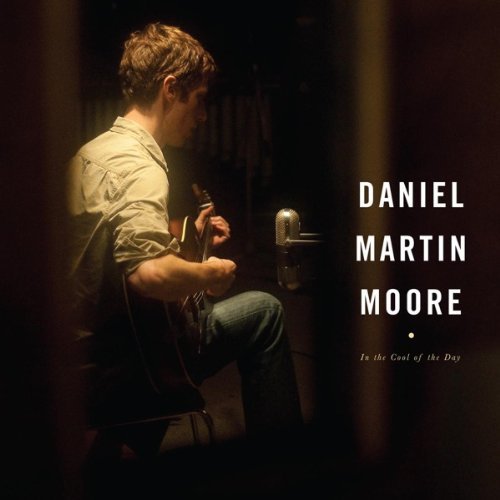 Daniel Martin Moore - In the Cool of the Day

A mix of re-imagined gospel favourites straight from Moore’s childhood and songs that attempt to emulate the same sickly nostalgia, In the Cool of Day is a record that fails to intrigue or challenge the listener.»

closespiritual album of time-tested, family gospel favourites remembered from childhood. daniel martin moore is a singer and songwriter from cold spring, kentucky. on the strength of an unsolicited demo he sent the label in january of 2007, sub pop released 'stray age', a quietly striking album and daniel's debut full-length, in october of 2008. and, in february of 2010, sub pop released 'dear companion', an album written and performed by ben sollee and daniel martin moore together, and produced by jim james from my morning jacket and monsters of folk. part of the intention with 'dear companion' was to draw attention to the problem of mountaintop removal (mtr) coal mining, but the music stood on its own as well. between the release of 'stray age' and now, daniel's been busy, touring with ben and jim (including a july performance at the newport folk festival), opening for iron and wine, the swell season and my morning jacket, appearing on npr's world caf, and doing other things associated with writing, recording and releasing music.
description from www.roughtrade.com