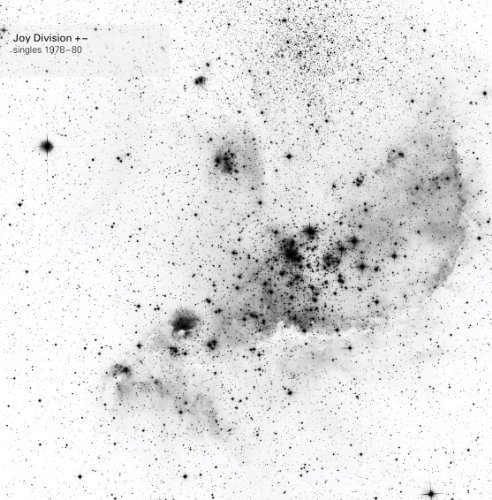 If you are a Joy Division fan and are not satisfied with the CDs and LPs that you already have, and have fifty quid to spare, then this release, of which only 5000 copies are being made, could be for you. The music is ace, but you already knew that.»

rhino records uk / warner music release '+ -' (plus minus) - a unique joy division retrospective box set consisting of 10 7" singles on vinyl presented in a beautiful clamshell box. all tracks have been newly re-mastered from original tapes by stephen morris and frank arkwright (metropolis studios) with creative direction for the box set artwork coming from peter saville. compiled by renowned journalist and author jon savage, the boxset is released in celebration of ian curtis - in the year that is the 30th anniversary of his death. - includes 7"'s which have previously been issued and some which have been created specifically for this release. although they released two albums in two years - 'unknown pleasures' (1979) and 'closer' (1980), joy division recorded many other tracks throughout their career that were released on stand-alone singles - most notably 'transmission' and 'love will tear us apart'. - brings these singles, and more, together in one place. anyone purchasing the physical box will have the opportunity to download (for free) all the tracks in hi quality mp3 format. as a co-founder of the legendary independent label factory records peter saville leant his eyes to the project providing stunning outer packaging and suggesting the concept for the sleeves. each cover is based upon its original and - as a snapshot of a band and a time - serves to remind the owner of the unique position joy division hold in british musical history. the boxes are individually numbered 1-5000.
description from www.roughtrade.com