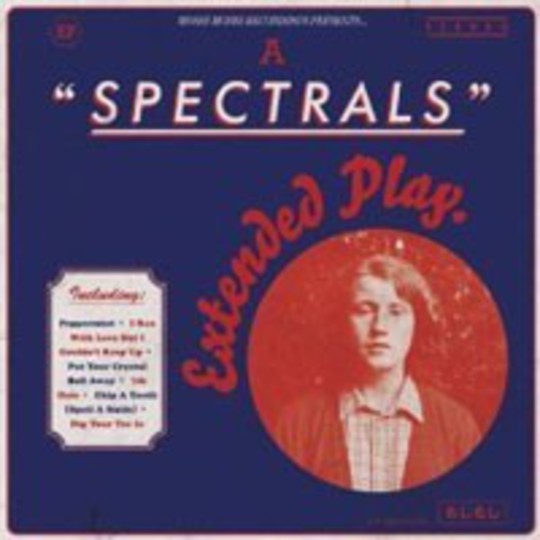 It's highly unlikely that Phil Spector has ever even heard of Wakefield let alone actually visited the place. However, in the case of Wakey born and bred Louis Jones, the creative force behind Spectrals, his eccentric lo-fi garage pop owes more than a touch of studied gratitude to the Spector sound of the early Sixties.

While comparisons to fellow Wall of Sound devotees The Jesus And Mary Chain and Crystal Stilts were inevitable, Jones has spent the last year honing the Spectrals' sound to a velveteen smoothness more in tune with the pristine pop of Bobby Vee. Sure, there's an element of retro posturing throughout Spectrals Extended Play yet at the same time it all sounds so current.

Certainly where many of his cooler-than-thou contemporaries would no doubt refrain from admitting to liking such relics from the past, Jones simply basques in his adoration for what could pass as his grandparents record collection, updating its artifacts for the post-T2K generation. As a carefully considered collection of where Jones is at now, the seven songs that make up Spectrals Extended Play serve as a defining document highlighting its creator's progression. From the opening surf twang of '7th Date' - by far the oldest composition featured here - to the closing epic deity 'I Ran With Love But I Couldn't Keep Up', there's a feeling that Jones savvy ability to write simple but effective pop ditties has reached an effortless level of expertise.

Even on Spectrals Extended Play's more downbeat moments, such as the wistful 'Chip A Tooth (Spoil A Smile)' or cursive 'Put Your Crystal Ball Away', there's a naive charm that sets them apart from your average run of the mill boy-meets-girl, girl-dumps-boy fodder. The EP is perhaps best encapsulated by current single 'Peppermint', which turns Beyonce's 'Single Ladies' upside down courtesy of Jones' upbeat delivery whilst menacingly assuring its subject matter "Now I'm going to put a ring on it, and who's fault's that?"

Delightfully old fashioned then, and all the better for it.