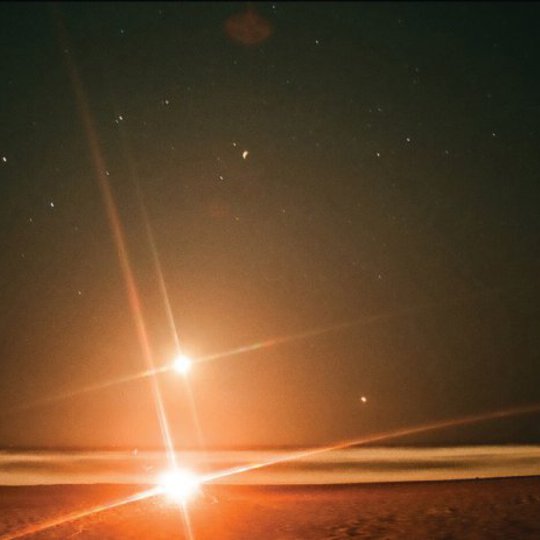 Ancestral Star is Barn Owl’s third record, but it’s unlikely that many readers will be familiar with their previous two. Readers of our very own Joe Marshall’s Articulate Silences, Ambient Sounds should be familiar with the San Franciscans through a review of previous record The Conjurer and a subsequent interview with the duo. Their very presence in that feature gives you an idea, however, of the (left)field they are operating in. The thing is, the music Barn Owl make isn’t difficult to appreciate, because there’s something incredibly naturalistic and beautiful to the hazy soundscapes which they sculpt from drones of distortion and sparely plucked effects-laden guitars, amongst other odd embellishments.

Perhaps I should say that Ancestral Star requires an acquired degree of patience as opposed to taste. The sonic spectrum of the record isn’t in itself altogether alien. There is much here which will immediately appease fans of shoegaze and post-rock, but most shoegaze is distinctly poppy next to Barn Owl, where as tension doesn’t so much build as creep up on you without the need for the sort of pay-offs you would get from the likes of Mogwai. At ten minutes the title-track is the record’s longest song, but it is resolutely single-minded nonetheless; a spectral ambience of vaporous sound is gradually enveloped in a sandstorm of dissonance, which never quite fully dominates the foreground before it dissipates, leaving behind the same ambient environment with which the song began, but this time embellished with spare far-distant guitar notes.

If not wholly representative of the textural variety and typical song duration of the record as a whole, ‘Ancestral Star’ is nonetheless a pretty perfect summation of the record’s mood and setting. They have obvious forbears in form of fellow drone artists such as Earth, but on Ancestral Star Barn Owl’s dedication to establishing and maintaining the record’s own sense of place is focussed enough that none of their influences can really penetrate it. The duo themselves have spoken of the 'theme' of the record being one focussed on desolate imagery of red horizons and desert hazes, and to say that they succeed in evoking such imagery would be an understatement. This is the first record on which the duo have had the luxury of spending much time in the studio to perfect the mix and flow of album and it shows. ‘Visions In Dust’ sounds exactly as you’d expect, each guitar note plucked leaving a trail of shimmering sustain and although it features one of the few instances of drums on the record, the beat is heavy and drawn and there are so many ride cymbal splashes that they provide atmosphere as opposed to any sense of rhythm. The following track ‘The Night’s Shroud’ is very much in the same vein, the only real difference the absence of drums. The liberal use of reverb and other guitar effects is a key ingredient to Barn Owl’s evocation of desert landscapes, the pseudo-melodies being rendered in such an effective blurry haziness.

It would a dull record if they always relied on the same sounds however and indeed the closing track ‘Light From the Mesa’ suffers a little in this regard. Thankfully Barn Owl provide some much needed textural variation in the middle of the record; the flurried acoustic fingerpicking of ‘Cavern Hymn’ suggests a human presence in the bleak landscape, the bowed guitars of ‘Flatlands’ recall more traditional bowed instruments in a manner redolent of John Cale’s viola drones, whereas the Nico-esque ‘Incantation’ finds its drone in a wheezebox and adorns it with a choral effect somewhere between a didgeridoo and Gregorian chant.

The problem with Ancestral Star inevitably lies in the fact that it is, to utilise an old cliché, the soundtrack for a movie that hasn’t been made yet. Or perhaps has been made, but just didn’t have the benefit of this good a soundtrack. In fact the music of which the record most reminded me is Nick Cave and Warren Ellis’ soundtrack for Aussie outback set The Proposition, which evokes similar imagery through drones and dissonant bowed instrumentation also. My point isn’t that Barn Owl are by any means copying Messrs Cave and Ellis, rather that Barn Owl would perhaps be better suited to actual soundtrack work themselves. Individual tracks lack the hooks and dynamism to be enjoyable listens in isolation, whereas when listened to in its entirety Ancestral Star is too homogeneous and ultimately a bit wearying. Although it may often be breathtakingly evocative, Ancestral Star is a record that many could admire, but few could truly love.