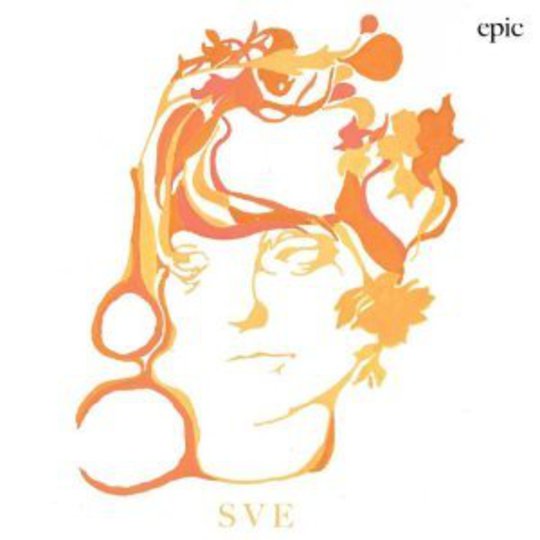 Apologies for starting at the end, but such is the sheer emotional weight of ‘Love More’ – the seventh and closing track on Epic – it really seems the correct place to begin. Built around a simple circular chord pattern (watch an unadorned live performance here), it crests in on a descending harmonium line, waves of feedback and lush reverb gradually swelling in the mix as Brooklyn’s Sharon Van Etten and her trio of backing vocalists paint an exquisite picture of loss and hard-won experience. It is heady, intoxicating stuff, lyrically oblique to the point that it’s unclear whether hope or regret win out. The double take opening salvo (“You chained me like a dog in our room / I thought that’s how it was … I thought that we were fine”) suggests the latter, but the beauty of the whole thing – and the repeated sigh of its central (title) lyric – pitch it more towards the wearily optimistic end of the scale.

That it’s so difficult to pin down is to its credit: over the course of Epic Van Etten documents the aftermath of intense romantic encounters, conceding the inevitable suffering involved but never outright condemning it. These songs can be read in many ways – some of them leave little room for ambiguity, mind, while others revel in it – but the honesty at their core is uniform. As the press release helpfully points out, Van Etten “had some bad experiences in relationships” the last few years, but this is less a maudlin cogitation on such matters, more an accomplished examination of how they can (possibly) be overcome.

From the billowing open chords of ‘A Crime’ that usher in the album, it’s clear that the sparsity informing 2009’s Because I Was in Love will largely be eschewed here, though her gift for direct lyricism and wandering melodies remains. To wit, songs like ‘DsharpG’ and ‘Don’t Do It’ revolve around droning harmonium and stormy electric guitar respectively, unfurling slowly and deliberately; ‘DsharpG’ resembles a funereal march by the time its six minutes are up. ‘Don’t Do It’ comes off more like a challenge to a lover than anything else (“Look me in the eyes / Say you can’t do it”), Van Etten’s voice speaking multitudes in hurt and exasperation. As the song ascends to a muscular climax, the backing vocalists (that’s Meg Baird of Espers, Jessica Larrabee of She Keeps Bees and singer-songwriter Cat Martino) weave in and around each other with wordless, spectral harmonies, and then, the blunt denouement: “I wish I could make you right.”

Oddly, it’s the more straightforward songs here that take the most perseverance. Perhaps it’s the anger and bitterness imbuing the aforementioned that can’t help but render them more compelling than, for example, the loping country gait of ‘One Day’ or ‘Save Yourself’, or perhaps it’s just how refreshing it is to hear Van Etten fashion her songs into something as sprawling and otherworldly as her debut LP hinted at. Yet these tunes complement the others well, and carried by Van Etten’s husky, expressive pipes (I don’t think I’ve quite communicated how pretty her voice is; the word eludes me and ‘pretty’ just seems woefully inadequate), they offer lightness and balance, despite being rooted in the same dark places the album has been conjured from (think how Wilco offset the discord present on Yankee Hotel Foxtrot with songs like ‘Kamera’ and ‘Heavy Metal Drummer’).

Tipping just over the 30-minute mark, Epic is a beautifully formed, sonically engaging work. Entering on a note of self-reprimand (just hearing Van Etten squeeze all the first words of ‘A Crime’ into one breath is affecting in itself) and making its exit with the transcendent ‘Love More’, it plays like a celebration and cautionary tale simultaneously, offering warmth even as she rues the decisions she’s made. As with The Antlers’ Hospice last year (where she sang backing vocals), the result is something universal: heavy, sure, but eminently listenable, and awash with memorable lines, songs, emotion.