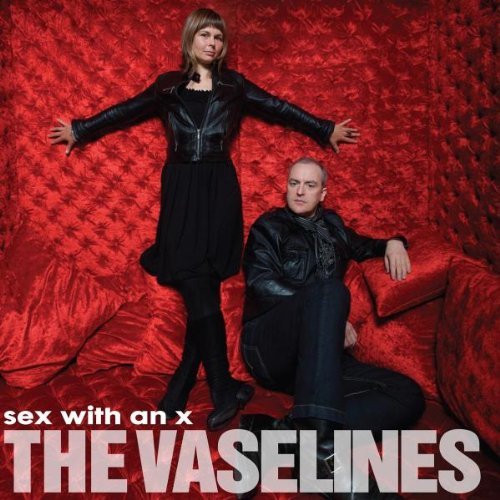 The Vaselines - Sex With an X

The Vaselines have succeeded where so many failed; they have remained true to the appeal of their first album while acknowledging that they are older and can’t really get away with singing about cats and riding horses with a wink and a smirk.»

formed in glasgow in 1987, the vaselines released two singles and one album ('dum dum' on the 53rd and 3rd label) and then split up in 1989 (in the same week their album was released). they might have faded into obscurity but for the intervention of a certain band from seattle. nirvana covered three vaselines songs, helping to fuel a growing after-the-fact appreciation of their seedy, two-and-a-half chord, garage pop manifesto. founding members eugene kelly and frances mckee remained musically active between then and now: the former with captain america aka eugenius and finally as a solo artist; mckee with painkillers and suckle. eugene and frances also collaborated intermittently in the intervening years and, in 2008, toured america (including a stand-out appearance at sub pop's 20th anniversary festival, sp20), brazil and japan and played some uk festivals. the vaselines 're-connected' with wildly appreciative audiences who had blinked and missed them the first time round. buoyed by the success of their live return, the two punk rock chums decided to go back into the studio. the new vaselines album, 'sex with an x', was recorded outside manchester at the analogue catalogue studio in mossley with julie mclarnon engineering and produced by jamie watson (who also produced that first album 'dum dum'). the vaselines ca. 2010 is eugene and frances with guest musicians stevie jackson and bob kildea from belle and sebastian on guitar and bass, and michael mcgaughrin from the 1990s on drums. it may have taken the vaselines 20 years to get round to making this baby, but it was worth the wait - bringing their solo careers to a climax. the irony has not been lost. who says indie music can't be fun? no hand-wringing on these tracks - just good clean smut with a twist of bitter.
description from www.roughtrade.com