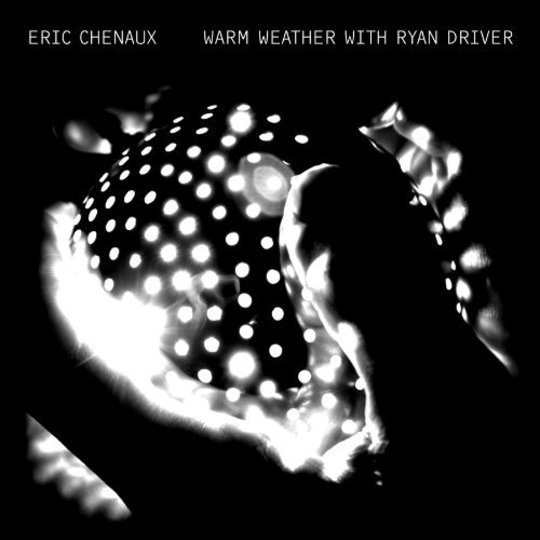 One of the most immediately striking aspects of Eric Chenaux’s third release for Constellation - Warm Weather with Ryan Driver - lies in the idea that despite your most considered gauging and analytical guesswork, you’ll always be kept in the dark as to each song’s musical intentions, where it might go next. These often jazz-informed modulations and chord changes may well keep the album fresh and the listener engaged, but I’m genuinely not sure whether to credit the intrepidity or gasp at the thought of such structural complexity featuring so prominently on the album of a singer-songwriter.

That’s what Warm Weather… is, after all. Despite the abrupt directional changes and ornamental melodies in Chenaux’s music, he is for all intents and purposes, just a dude, whose emotional offloading has culminated in an album of gentle balladry - and hence falls squarely in that singer-songwriter bracket. Well, maybe not so much squarely. It’s more in the manner of some violently angular polygon, with limbs flung out towards his disparate influences in a vicious attempt to wrangle free of said bracket. It’s an epithet that might not be meant maliciously – it’s not too much of a stretch to say that Chenaux’s atypical folk style recalls the work of John Martyn – but it is one that’s hard to deny, and I guess that’s the nature of such a vaguely approximate label. It’s not all tricky jazz-flecked compositions, though – ‘Ronnie Mary’ sprouts from a Dylan-Baez style duet before evolving into a communal sing-a-long that might be best enjoyed alongside the crackle of a campfire, while ‘Since We’re Smokey’ chimes with its very nomenclature, playing as if it were recorded in the hazy light of a bar past closing time.

Lyrically, Warm Weather… relies on a few recurring themes to provide itself a sense of coherence, not only in the more obvious series of temperate allusions – realised most prominently in the microclimate formed from the trisection that closes the record, where ‘Cool Down’ gives way to ‘Warm Weather’, before reverting back to ‘Cold Dream’ - but also in Chenaux’s many references to transitions, to leaving and returning. “Oh, what the hell have I just left?” he asks on ‘Lavallière #2’, while reasoning on ‘Ronnie-Mary’ that “she can leave it all behind”.

Of course, the other thing to take note of is that conclusion to the album’s title, 'With Ryan Driver'. Driver contributes sounds from all manner of keyboard instruments across the entire album – and, honestly, it’s quite astonishing how varied the qualities of the results are. Often, delicate and subtle piano touches twinkle away in the background, while a gentle digital hum provides a song’s foundations, and it’s their beautifully understated presence that comes to define a track. But in other instances, Driver’s obtrusive, even hyperbolical use of synthesizer sounds just seem completely out of place and feel like they’re mercilessly stamping out the glowing embers of Chenaux’s songwriting. I mean, why, why, would you want to plague your sensitive record with the sound of auto-tuned bagpipes? Or Daft Punk, vomiting, simultaneously? Or some such evil that can on be described by means of a similarly ill-conceived metaphor? Maybe it depends on your palette, but I just can’t seem to get my head around Driver’s contributions on ‘Cool Down’, ‘Since We’re Smokey’ or ‘Mynah Bird’, but consider those on ‘New Boon Harp’, ‘Warm Weather’ and ‘Cold Dream’ stunning.

Warm Weather… really is a hit-and-miss affair – when there’s a synergy in instrumentation that soothes Chenaux’s frail vocals and ever-changing songwriting rather than trampling on them, it brings a tranquility to these songs that might otherwise feel as if they’re constantly tripping over themselves. It’s just unfortunate that these moments have to be interspersed with those that sound confused and disordered.