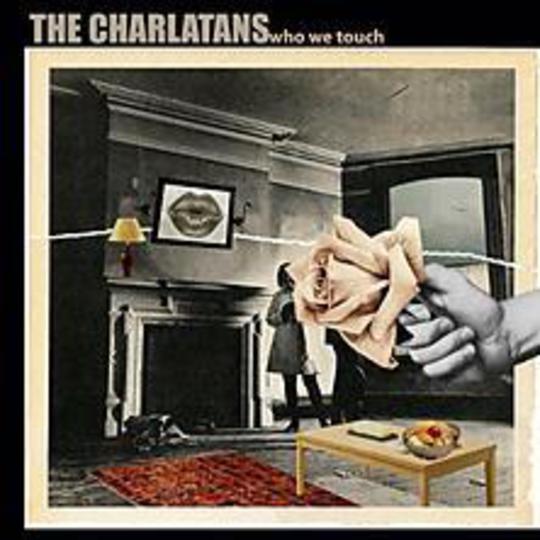 Having been dogged by bad fortune and an almost perpetual stigma of 'right place, wrong time', it's something of a triumph that over 20 years on from the release of their first record, The Charlatans are still going strong. Indeed, the tide of adversity that's swept against them ever since 'Indian Rope' landed on the shelves during Manchester's first wave of baggy euphoria to cries of 'copyists!' (and less printable adjectives) hasn't stopped the five-piece from producing a consistently plausible output. Somewhat annoyingly labelled as 'survivors', a tag that never seems to get bandied about on fellow Stateside masters of longevity such as Sonic Youth or Yo La Tengo, it's to their credit that even now, every subsequent Charlatans long player is greeted with some anticipation, even if not to the degree it might have been a decade ago.

These days of course, you're more likely to see Tim Burgess hanging out with The Horrors (Faris Badwan was responsible for the cover artwork on last album You Cross My Path, fact fans) or spinning tunes at some low-key indie club night, rather than hanging out with the Gallaghers or messrs Brown and Squire. Tracing back through The Charlatans discography, it is pretty clear to see their roots lie in murkier, garage-orientated waters, rather than the acid house scene that spawned many of their peers and contemporaries. Their early b-sides such as 'Everything's Changed' or 'You Can Talk To Me' always suggested they'd rather be searching through Lenny Kaye's memoirs than listening to the latest Paris Angels 12-inch, and even in later years - 2006's harshly received Simpatico being one glaring example - they've retained a slightly unpredictable edge when the more conventional route would no doubt have ensured more lucrative rewards.

Who We Touch may be their 11th collection, but in parts there's an energetic youthfulness about it that belies their veteran status. The noisy intro on opener and lead single 'Love Is Ending' bears all the hallmarks of The Seeds or even later exponents of the garage rock genre such as The Hunches, before giving way to one of Burgess and co's most infectious three minutes to date, no mean feat for a band responsible for such staples as 'The Only One I Know' and 'One To Another'. The Sixties underground influence continues on 'My Foolish Pride', although the dreaded addition of autotune during the chorus hampers its progress somewhat.

The semi-acoustic meanderings of 'Your Pure Soul' and Donovan-esque folk strummer 'Oh' further dispel any fears that this is a one-trick collection. Burgess's sincere delivery of lines such as "When will you come and save yourself?" provides something of an epic feel not too dissimilar to 'Opportunity' from their landmark 1990 debut Some Friendly. But it also has a timeless feel, one that's more Green Man or Cambridge Folk Festival than Spike Island.

Sure, there are times where Who We Touch finds itself bogged down under the weight of the familiar; 'Smash The System' could be 1999's 'My Beautiful Friend' in a previous life, while the breezy pop of 'When I Wonder' is almost too redundantly smooth for its own good. Also on occasions the 'less is more' philosophy could have been employed more effectively, particularly as the majority of the songs here bust the five minute mark and beyond, a prime example of the band's seemingly open rejection of commercial vanguards into radio-friendly territories.

On the whole though, the neo-psychedelic groove of 'Trust In Desire' ("A hero never dies" declares Burgess intently), sweet and sour chamber pop of 'Intimacy' and Crazy World of Arthur Brown inspired song in two parts 'You Can Swim' push Who We Touch out of the realms of being just another catalogue number for the Discogs database while reaffirming The Charlatans relevance in 2010 forthwith. Sure, there's no serious wheel re-invention taking place here, and only a sycophantic fool would suggest that. Nevertheless, Who We Touch can hold its head high, safe in the knowledge that its creators are by no means a spent force.