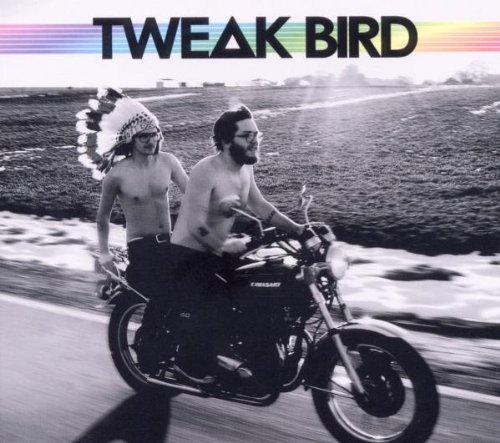 A blisteringly record that defies convention as much as it delights in melody.»

'tweak bird', produced by regular collaborators deaf nephews - dale crover and toshi yasai of the melvins, who also worked on 2008's mini-album 'reservations' - features beats as tough as the birds' fraternal harmonies are ethereal. recorded in less than a week, the record regularly returns to themes of space travel and escape, the raucous astral optimism of 'lights in line' and 'sky ride' evocative of lost sixties psychedelic dreamers like kak and population ii. on souterrain transmissions.
description from www.roughtrade.com