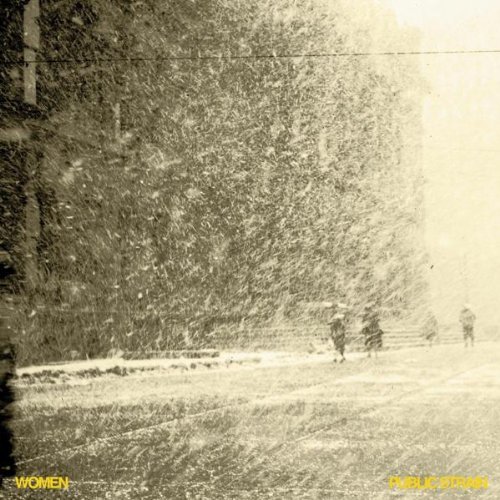 The start of something greater for a band touched with greatness from the off.»

on their debut self-titled album, women embraced sonic brashness that deeper examination revealed to be tinted with sly pop melody. with 'public strain' the band honed a sound truthful to that reverb drenched noise while allowing the pop sensibilities to surface into clearer focus. 'public strain' exploits their usage of harsh, grating dissonance in smaller and controlled doses, using noise as the foundation for richly structured, layered songwriting. in places claustrophobic, conjuring walking dreams of sexual anguish and general decay, elsewhere soaring with vintage guitar tones and vocal melodies or collapsing into swirling, mesmerizing swells, 'public strain' cycles through insomnia, paranoia, resignation and euphoria, to capture a band with an undeniable voice coming into full awareness of their craft. on jagjaguwar records.
description from www.roughtrade.com