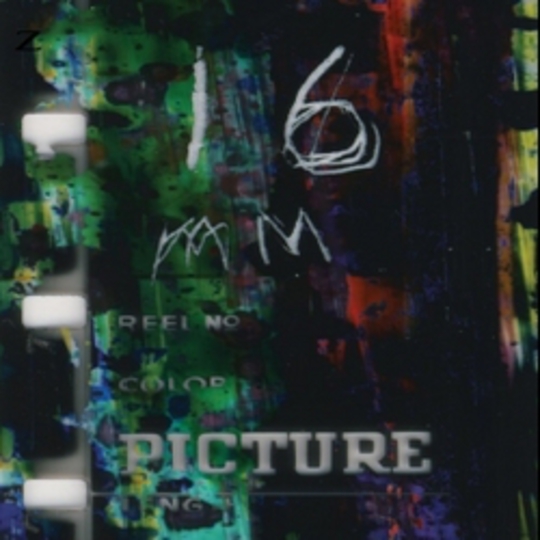 Promo CDs are basically symptoms of denial. They have grown old audaciously, believing that somehow, just by continuing to exist in the face of all prevailing logic, they will take arms against the vast leaky seas of mp3s. With cheaper and cheaper feels they have moved from art form to form-of-waste. As a currency with which to pay reviewers they are largely insulting, like a hyper-inflated linden dollar, cut into a minus sign and burned in front of you by a pirate. It used to feel special, but how can you act as a marker of distinction if you don’t even have a spine to display?

So imagine my pleasure when a package from Sufjan Steven’s Asthmatic Kitty label came through the door, with a luminous watercolour gloss, inside a printed disc, a booklet of abstract stills, all in the same rich aquatic palette. Jonathan Dueck’s In Transit project has not been particularly physical to date. It began life as a gallery with regular programming conducted entirely from within a red suitcase, it became an online correspondence 'school', with monthly coursework assignments, and has now spawned a half-hour experimental video DVD, with music provided by I Heart Lung, Chad VanGaalen, Denier and Son Lux.

Dueck’s visual approach owes much to the experimental animation pioneer Norman McClaren, whose 'films without a camera' involved him painting directly onto 35mm film. McClaren was very much of the Jazz Age, his be-bop squiggles had a definite strut. Rhythm and form held texture firmly in check. And while Dueck owes much to McClaren, he’s much more about jumping off the free end of the spectrum. In Transit releases a rushing surge of colour and texture, streams of competing tint, like bright unnatural soup being spilled down the lense. At times it comes off like an animated Rothko, as bleeding blocks of vibrant colour collect and dissipate. When the lines fade in and out, it’s like someone putting Mondrian’s entire ouevre through a threshing machine, colour husks, geometry mulch. The geometry does surface, in the footage Dueck rescued from the Calgary Science Centre, which gives some concrete points of reference amongst the abstraction. Staid Fifties planetarium animations slowly pass in and out from under the dense sheets of paint. When they hold the foreground Dueck takes a Cy Twombly like scratch-approach to defacing them. Unlike Twombly’s big provocative FUCK YOUs to the artworld, his primitivist jesterism, Dueck has much more of the twee ‘zine about him, the same ambiguity he creates with his squiggling scratches doesn’t feel staged, or like a point well-made, it feels introverted, small-scale and shy.

This gentle quality comes to the fore when, over the minimalist piano tropes of anticon. composer Son Lux, Dueck turns to biological forms. Footage of slow cellular ballets, organisms slowly looming, are lovingly defaced with living scratches and overwhelmed in the rain-spotted sheets of colour. If it had a fault, his 2008 album At War With Walls and Mazes, an anticon. oddity, relied too much on the Thom Yorke template of indietronica - a slightly overblown, self-conscious and forced marriage of electronica and song. Here in brief compositions he gives us a taste of just what a skilful and delicate artist he is when not trying to write actual songs. In one breath he moves from a kind of anabolic speed-minimalism, to inflecting Dueck’s visual abstractions with sadness and poignancy. His bushy ghostly drums and central piano motifs, gently enclose themselves around Dueck’s trancing paint, the former bringing out the oily texture, the latter picking out the hesitant and brief flashes of line and form. In short he creates a kind of audio-visual narrative.

Compared to Son Lux, the other three musical acts leave the film relatively inert. Chad VanGaalen’s ferocious chip core is quite exciting, resembling the manic serialism of Messiaen more than anything from 8 bit peoples, but seem to skirt the visuals. Denier goes for very spacious industrial, whispers and clanks, like the sound of the pipes from above Steve Stapleton’s hospital bed. The confines of the music are slightly at odds with the spatial freedom of the film. He’s more successful when using voice presets on synths, providing a slightly unearthly babble over the slow curling forms of molluscs in Petri dishes. I Heart Lung go for a detuned, swampy jazz rock. Mogadon Mastodon guitars slump, while jazz drums skitter away, and while the idea seems it would fit the tenor of the film, the execution, without timing or form, has it slightly adrift.

If you don’t enjoy sitting and contemplating abstracted visuals then it’s not for you. For those who are not sent into glassy torpor by the idea, it’s an eloquent, introspective and cute kind of film. Dueck’s painterly grip on film is not short of masterly, his patterns like the inside of a popper rushing eye, a real strength and breadth in the gracefully modulating texture. It feels like art. It feels like something to keep.