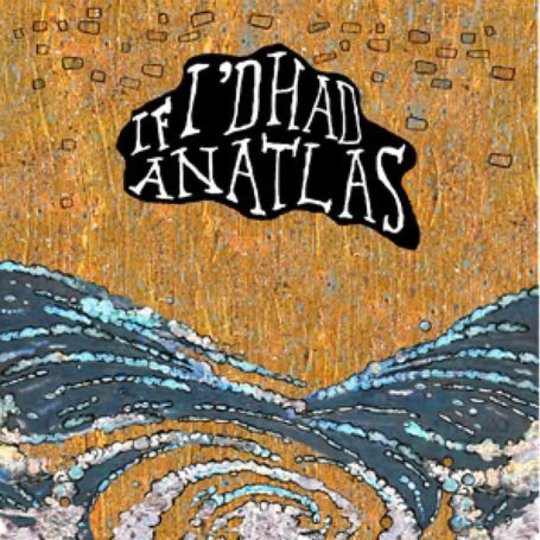 How could I have forgotten about Cats and Cats and Cats? I’d not come across them until they were already a few years into their career, opening for ¡Forward, Russia! at what would turn out to be one of that band’s final hometown shows. And while I now remember that gig for introducing me to Johnny Foreigner, I can recall at least one other detail – Cats and Cats and Cats were bloody brilliant.

So it’s with hazy recollections of excitement, and a little shame for not having followed up either of the bands I discovered that night, that I open my inbox and find If I’d Had An Atlas waiting to be unzipped.

It begins boldly, with a whispering accordion crushed under the weight of a merry mass sing-along. The clanging guitars and sweeping violin that kick in and collide with one another bring Los Campesinos! comparisons to mind, as do the stories of awkward dancefloors and clumsy kisses at crap house parties that populate the album’s lyrics. But this band are no mere copycats (and cats and cats).

There is refreshing breadth to their indiepop grandeur, which brings in folk and jazz influences, and flirts with the customs of late Nineties emo. ‘A Boy Called Haunts’ is characteristic of Cats and Cats and Cats’ ability to build contrasts into their music without sounding as though they’re taking on too much at once. The verses are elegant and uncomplicated; the chorus is bitter and heartfelt, leading into a middle section that begins beautifully, before twisting itself into a rage and jerking to a halt. The track’s bass-driven climax pounds with all the unwieldy aggression of Thursday or Thrice.

The fact that this is all squeezed into four and a half minutes gives Cats and Cats and Cats a mesmerising urgency, which is sustained for even longer on ‘The Boy With The Beak’. Composed of a succession of seemingly unconnected ideas, it plays like musical speed dating: if a section doesn’t quite work, at least there’ll be another one in a few seconds time. The track’s a cappella final 90 seconds is a playfully surreal pause in the flow of the album, and flows neatly into ‘Big Blue’. Here, ghostly arpeggios and female vocals snap suddenly into stabbing chords and cyclical prog patterns.

‘The Bees Knives’ is a stand-out track for similar reasons: the juxtaposition of a muted acoustic guitar with an onslaught of thundering percussion, screeching strings and sheer pace is as exhilarating as it is ingeniously simple.

Over the course of an album, Cats and Cats and Cats do risk falling into the trap of a formula, by refusing to leave many of their more tender timbres unblemished by their frantic guitars. That said, ‘The Smallest Song’ goes some way towards balancing this – its dreamy synth would have made it a more suitable closing track than the actual finale.

Fundamentally though, Cats and Cats and Cats show through their lavish instrumentation and obtuse structures that they are a band of great ambition. And while this ambition is not quite fully realised on If I’d Had An Atlas, the band do have the hooks, the energy, the charisma and the sincerity to justify it. They write pop songs, but they are not afraid to experiment, and in this way, they explore the best of both worlds, making them even harder to forget.