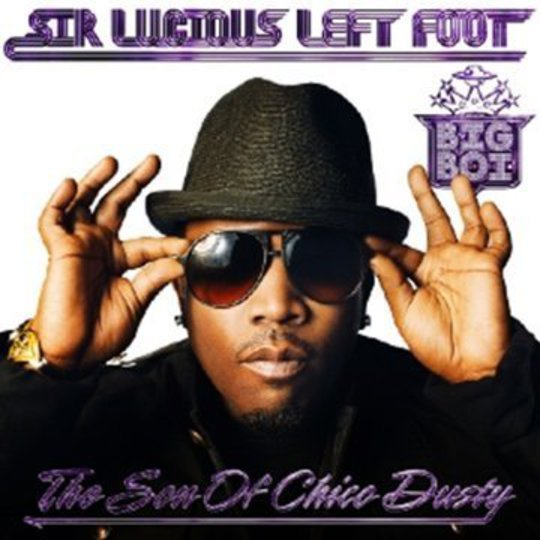 Detroit owes the dirty south. For, as Detroit's slump has hit the headlines, the Dirty South has hit a very different kind of headline: a movement of new hip hop artists, spearheaded by the inimitable L'il Wayne, has renewed airtime given to one of Detroit's finest and most American exports: the Cadillac. As more than one hip hop blog has announced: this Southern shit is getting out of hand.

The reason to open with a rather offbeat pyramid lead on America’s automobile business is thus: to my mind, the Cadillac is the defining symbol of dirty south hip hop. Fom the shout outs lent it by Southern gentleman Ludacris, to the cover of Clipse's Lord Willin', and of course, from OutKast's two dope boyz, cruising the heat hazed summer, hanging out their low rider, bass thumping in time to the beating sun, it’s the four wheeled steed of choice for every self respecting rapper south of Virginia. And equally, southern rap is the Cadillac of music: it’s big, brash, chrome plated roadhog; something substantial, yet dressed up with real style.

So it’s actually a little surprising that it takes over two minutes for Sir Lucious Leftfoot, The Son of Chico Dusty, better known as Big Boi (née Andre Patton), one of those two dope boyz, to drop in a mention of his very favourite thing on four wheels. We get the whole of the Clint Eastwood whistlin’ intro of 'Feel Me', seguing into sleazy bayou R&B dressed up with a dash of autotune, before the chopped sucker punch drumroll of ‘Daddy Fat Sax’ kicks off perhaps the most anticipated hip hop record since Raekwon’s Only Built 4 Cuban Linx II Daddy Fat Sax loves the way you look at him, rolling in his Cadillac, six woofers sending the neighbourhood hounds running for the hills. It’s Patton’s own welcome to the Dirty South, and a mean statement of intent, wasting little time in getting straight down to the trademark tongue twisting quickfire wordplay he’s been renowned for since OutKast first burst out of Atlanta with 1994’s Southerplayalisticadillacmuzik. B-I-G-B-O-I has his "sights on the prize, wide open, worldwide, like the thighs of a hooker" as you might expect, kicking off his solo career proper a year or two behind his usual partner in crime, the flamboyant Andre 3000.

But unlike 3000, Patton’s always had his feet more firmly on the ground: whilst that might not lead him to pen the kind of crossover hits like ‘Hey Ya!’ or be greeted as his generation’s Prince, he’s far from your average rap star. He might breed pitbulls and rap about fast women, fast money and faster cars, but with Sir Lucious Leftfoot he shows that he’s just as capable as his namesake of producing some genuinely original, mind bending and most of all, ass-shaking hip hop. Because Sir Lucious Leftfoot bumps pretty hard: by which I mean that the bass thumps, grinds and shudders like no hip hop album I’ve heard of recent. Whilst soul samples, strings and cluttered hi hats are all welcome, it’s great to hear a big, mainstream hip hop album that sounds like it could shatter glasses and break the odd tailbone or two: whether that’s the swaggering ‘General Patton’ (which might just be hip-hop’s answer to Grieg’s Hall of The Mountain King) or the back to the bedroom bump n’ grind of ‘Turns Me On’.

There’s plenty more to Sir Lucious Leftfoot than just bass, however. Those taking a casual glance at the tracklist might cock a quizzical eyebrow at the number of contributors: like every wise General, Patton’s brought along a little extra artillery to add some beef to his machine gun flow. The characterization of himself as some grand Southern Rap Field Marshal is a fairly apt one: whilst he may not have quite the same blood and sawdust approach as the real ‘Ole Blood N Guts’, famed Southern General George S Patton, he’s a masterful orchestrator of the resources at his disposal, like his chosen military pseudonym. The fact that Andre’s father was a marine is doubtless at the heart of this new military obsession, and it does lend the album that vital sense of continuity, a living breathing soul of sorts: with recurring character themes (General Patton, the staunch soldier, and Daddy Fat Sax, epitome of the Southern hustler) weaved cunningly into the lyrical twists and turns ("My blood pumps red, but gimme a purple heart instead"). Inserting a Katrina reference deep into a album highlight ‘Fo Yo Sorrows’ almost seems facile given that it features the albums best hook and a list of contributors longer than his discography. but only Patton could get away with a set of lines like "Remember when the levees screamed / made the folks evacuees/ Yes I’m still talking about it cause New Orleans ain’t clean / And when we shout to Dirty South/ I don’t think that is what me mean" over a squelching blunted synth before George Clinton delivers a rasping, rambling ode to narcotics.

But the reason that General Patton remains in charge is his deft orchestration, and he rarely lets the contributions outshine him, using each unique extra voice to sharpen his diamond edge rhymes. When Gucci Mane brings his rasping drawl to ‘Shine Blockas’, “When I’m on my grind, shawty, don’t block my shine, shawty” it might as well have been Patton’s marching orders to his collaborators: as he refuses to carpet bomb the listener with the hired help. And that help has some considerable pedigree: whether Yelawolf bringing rawhide redneck to ‘You Ain’t No DJ’ and sounding like he’s literally spitting at passersby between verses ("thirty ought six/ Mama ain’t gotta load up/’cause I’m from the Bronx"); or Jamie Foxx’s best impression of D’Angelo’s pimped out soul on ‘Hustle Blood’. Each act is spiced up by Patton’s gear shifting rhyming, and the occasional husky low drawl. As a result, the breathy flavour of the contribution from Janelle Monaé, a strangely moving ballad warning of falling too deep in love, might be blessed with a gorgeous vocal hook that follows a spiraling synth line, but it’s the rapid shifts between double time and normal by Patton that steals the show, Andre almost sounding like he’s tagging himself in over and over again.

Such lyrical idiosyncrasy only stamps a certain amount of authority over the record, however, and Sir Lucious Leftfoot is a fantastically produced record, as might have been expected. Coupling that doubletime wordplay with a classic Organized Konfusion cocktail of twisted soul, southern fried guitar licks and those deft OutKast pop touches means that for all the diversity on display, this is a gumbo has been put together by a skilled chef (even if the cut with Raekwon didn’t make the final track listing). From the future funk of ‘Follow Us’ through to booty shaking latino lick of ‘Tangerine’, this is defiantly Patton’s record: the rapidfire rap and hustling synth of ‘Night Night’, could’ve come straight outta Stankonia but for a solitary spaghetti western guitar, whilst the afore-mentioned ‘Turns Me On’, featuring Sleepy Brown, is the classy heir apparent to the frankly wonderful ‘The Way You Move’ (which should’ve been the hit that ‘Hey Ya!’ was, if we’re being honest). It’s probably no co-incidence that both tracks feature the velvet voiced Joi adding some considerable Badu-like sass and soul (now there’s a thought, Big Boi & Badu…).

On this form, the bold assertions that Sir Lucious Leftfoot, the son of Chico Dusty, is riding to rap’s rescue, coming to ‘save the day’ from poor-quality, over saturated mixtape culture, is one which is easy to take seriously. I don’t think there’s any finer indictment of this record’s quality than the fact that even a track as fine as ‘Lookin’ For Ya’ (which leaked a month or so back when it was revealed that Andre 3000 wouldn’t feature on his partner’s record due to contractual wranglings) isn’t even remotely missed, so well crafted are the tracks on this record. It’s almost worth waiting for a bonus edition to hear what didn’t make the cut. That said, if there’s a problem with Sir Lucious Leftfoot, it’s almost that there’s too much to take in: the record has an almost carnival like atmosphere, and the listener is assaulted by sounds, contributors and motifs from the very start. But any fears that Sir Lucious Leftfoot is a diluted and overambitious records doesn’t stand up to closer scrutiny: the album’s density; thick, spicy and gloopy like a Cajun stew, is what lends it such a lasting appeal. It’s a record which brilliantly lives up to and even exceeds all the hype, mystique and hyperbole that has surrounding it since it’s inception, and it’s essential for anyone with even a fleeting interest in rap music."