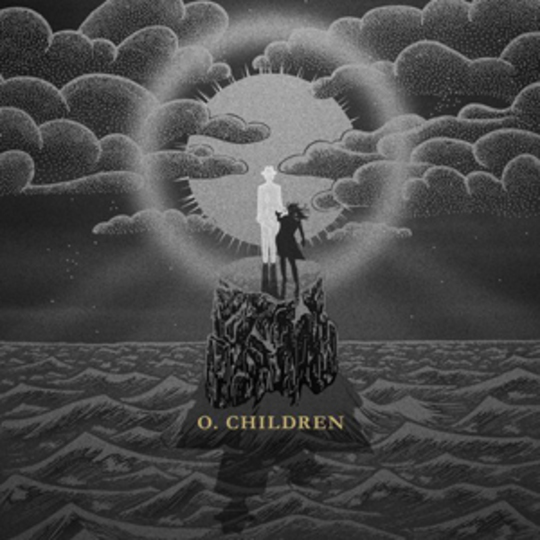 As a long-term 'face' on London's swanky underground music scene, Tobi O'Kandi has earned veteran status, even if none of the bands he's fronted have quite made their mark. With past exploits including a stint as frontman of the shortlived Bono Must Die, later to become Orphans via a court injunction and threat of legal action, not to mention an even briefer spell as drummer in the formative line-up of Ox.Eagle.Lion.Man, O'Kandi bears all the hallmarks of a nearly man bursting with ideas and invention, but seemingly lacking the nous or collaborators to execute them. Latest project O Children could be his passport to a wider audience, despite the fact their sound wouldn't win many awards in either the originality or innovation stakes.

Undoubtedly influenced and buoyed by The Horrors' recent upsurge in critical acclaim, O Children have raised their game somewhat from the cabaret goth outfit that 12 months ago raised the odd cackle and naughty wink courtesy of 'Ace Breasts', 'Pig Knees' and other assorted aptly monikered gems. That the majority of their earlier compositions aren't included on O Children suggests the London four-piece have made a conscious effort to take themselves and be taken far more seriously. Although the reference points are obvious - Bauhaus, Joy Division, The Chameleons, errr... White Lies - they do at least exude an innocent charm throughout the deathly bass-heavy rumble and O'Kandi's devilish baritone.

The opening lines of first track 'Malo' could quite easily have been borrowed from To Lose My Life, O'Kandi's desperate plea "If I lose you tonight I lose you forever" automatically triggering a feeling of déjà vu that would have many first-time listeners reaching for the

Better still is the dark transient pop of 'Radio Waves', where O'Kandi sighs "I want to have my wicked way tonight" while Nick Cave makes out with Siouxsie Sioux in the background. Elsewhere, 'Pray The Soul Away' and 'Smile' both stake a claim for Andrew Eldritch and Wayne Hussey's induction into the rock and roll hall of fame as the most underrated songwriters of the Eighties, each casting mirror-like images over O Children's distinct homages to The Sisters Of Mercy and The Mission respectively.

Ultimately though, this is where part of the problem lies, as despite O'Kandi and co's blatant affection for that era, it renders O Children somewhat desolate and obsolete in terms of forging their own identity. At times, highlights excepted, O Children could easily be mistaken for being just another tribute band marooned in past tense.