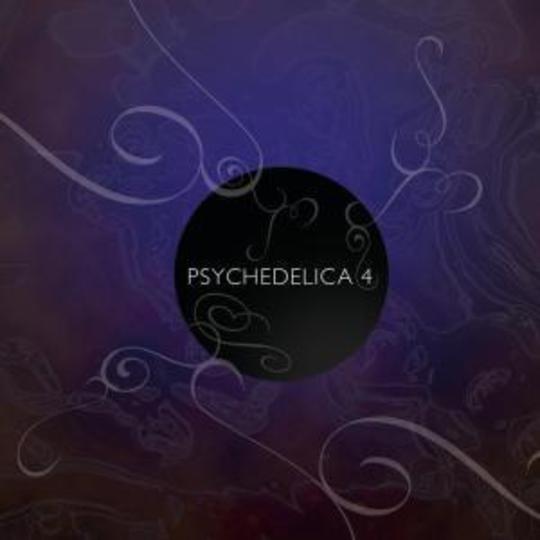 London label Northern Star has been introducing new artists to the world since 2006, first via its Psychedelica series and more recently with last year's Revolution In Sound compilation. Having now established itself as a credible outlet, the excellent Missnojesbandet by Swedish five-piece Youngteam being one of their strangely undiscovered gems, Northern Star has returned to the world of mix and match with Psychedelica 4. Whisper it quietly, but this mammoth 35 track collection may be its best yet.

Spread across two discs, Psychedelica 4 is split into two halves. The first features a range of artists undoubtedly in thrall to the more pertinent era of the late Sixties, while the second has a louder, distinctly shoegaze-tinged element to it. However, there's several acts here that don't really fall into either camp, and they're the ones that elevate Psychedelica 4 to a new level of discovery.

Some of the artists here will already be familiar. Singapore Sling, 93MillionMilesFromTheSun, Maribel and Daniel Land & The Modern Painters all found their albums favourably summarised in last November's end of year round-up on DiS' [Some Velvet Mourning] (http://drownedinsound.com/in_depth/4138495-column--some-velvet-mourning-4?search) column, while Brazilian ex-pats The Tamborines and Leeds trio The Insect Guide have steadily been making waves on the noisier side of the underground for a good few years now.

Brian Jonestown acquaintances The Dolly Rocker Movement and aforementioned Stockholm four-piece Youngteam both recall the spirit of West Coast California via 21st century attitude, the former's 'Mystery Man' mixing elements of the Strawberry Alarm Clock with the early nuance of The Teardrop Explodes, while the latter's 'My Only Friend' could be Ride playing the hits of Jefferson Airplane in a parallel universe. Similarly, Nelson Bragg's blissed out 'Steel Derrick 1979' and The Greencoats sitar-driven 'Away In A Dream' could have been written at any point between Forever Changes' groundbreaking eclecticism and now.

More impressive, however, is the three-songs-in-one dementia of 'Desire' by Arrows Of Love, born out of the remnants of one-time DiS faves Hush The Many. Punk infused white noise collides with Barrettesque schizophrenia culminating in a riotous breakdown mid-song that envelopes the whole piece until its final embers. Likewise, Philadelphia's Sunsplit take the ethereal vision of the Cocteau Twins to a more aggressive dimension, all pedals pushed to the floor in anger.

Spotlight Kid's shimmery 'Take Some Time', coupled with Volcano Playground's M83-like 'Waiting' brings a more ambient feel to proceedings, something that the disparate electronica of Perfect Blue's 'Parallel Dimensions' and Neu!-influenced groove of Eat Lights Become Lights 'Dark Matter/Light Hearts' continue forthwith. Standing out immeasurably though, is the dense industrial noise of Helsinki's **Joensuu 1685', their 'Crystal Light' opus taking the best bits of revered artists like A Place To Bury Strangers and Sunn O))), only shrouding them in even more extreme layers of opulent din.

Overall, the quality control is at a premium - something of a rarity as far as multi-artist compilations are concerned - and with such a diverse range of acts here, Psychedelica 4 is a must-own collection for anyone remotely interested in seeking out new talent from all corners of the globe.