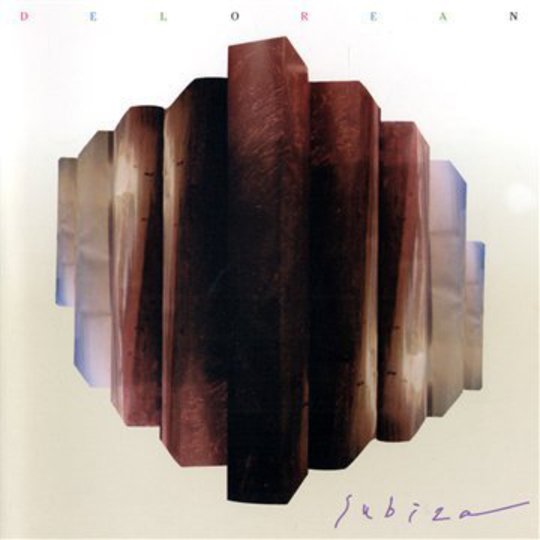 It would take a hard heart to not succumb to ‘Stay Close’. If foam parties had any credibility, this would be the soundtrack: bubbly, mischievous frolics, with a breathless come-up which has the good sense not to drop anything so brash as a hard bassline. It’s hard not to come across all loose-chopped and clammy-fingered when exalting this intro. While bass music flits between silliness and deep concentration, Delorean have gone straight for the happy vein, reaping collective elation like Cut Copy did on In Ghost Colours. Sustaining this kind of headiness for a whole set requires stamina, but then Delorean aren’t in it for the easy kicks. ‘Real Love’ offers a masterful shift in pace, slowing it all up for a bedding-in that surpasses its formidable opener.

The Ayreton Senna EP announced to the wider world (or at least the blog-reading world) Delorean's evolution from obscure hardcore roots to Spanish indie-pop superstars, and True Panther tapped them up soon after Primavera last year. In truth they’ve been mining this field since 2006’s Into the Plateau, but this has merely given them more time to perfect their idealistic blend. Proposing a colour-saturated vision of worldly grooves, Subiza beckons with all the tempered rushes and excesses of summer hedonism. Seasonal and celebratory, you can feel it all drifting by – the carnival sensory-overload, the continental street parties; the sticky evening haze and the slowed-up euphoric wooshes. Birthed on the streets of Barcelona and the small Basque town of Subiza where it was recorded, this release feels washed in Spanishness.

With 30 years of electronic music at Delorean's disposal, there is more than enough variation to keep things moving. There's a good hint of New Order’s bittersweet elation on display, hooking in with a kind of fembot siren call, a modernizing motif that weaves together various reference points into an amply cohesive work. ‘Simple Graces’ is as baggy as you like, its loose piano groove nicely reminiscent, though not particularly in thrall to the Hacienda years. Elsewhere the percussive ethno-techno of ‘Infinite Desert’ is deliriously soothing; and the impulsive, funky-house of ‘Come Wander’ provides Delorean’s clearest shot at a pure club pleaser, its Latin keys and four-to-the-floor played ecstatically straight.

Sharing the languid, reminiscing quality of Washed Out, the Delorean name has inevitably become associated with chillwave. Yet for all these references to blissed-out utopias, Subiza is a marvellous pop-dance album that evokes these pleasures. All the signs point to it being one of 2010’s best, and it carries the same all-conquering brilliance that won Wolfgang Amadeus Phoenix such high end-of-year-list spots.

Making a thousand different kinds of sense and soundtracking a thousand different lives and times, really great albums latch seamlessly onto the whole great time-space context until they become integral to the memories themselves. If you could bottle such lofty ideals then some mope would’ve done so long ago. It must take as much good fortune as creativity to surf the critical and popular wave without being rinsed out the other end. But on Subiza Delorean come tantalizingly close, using all their experience and fourth-album long-sightedness to produce an instantly-iconic album.

Frustratingly, the closing brace of tracks mark a lull in this overwhelmingly strong set – a bit of a bottling act considering this should and could have been one of the best indie-dance albums of recent years. Compared to the wonderfully compact Ayreton Senna EP there’s a little too much fat on the bone, despite being only nine tracks long. It seems disingenuous to fault an album for not being the masterpiece hoped for, but Subiza is still resoundingly strong and a likely staple of many a summer jam to come.