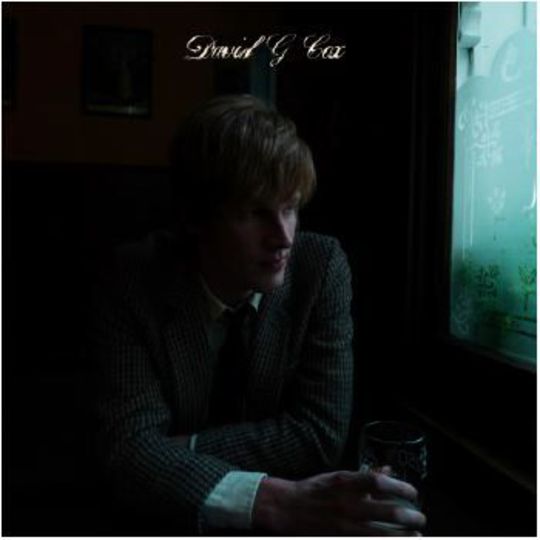 There’s always a din upon waking from a heavy night. It could be anything from the irreverent hum of silence forcing you into a state of dehydrated delirium, to the resonant thud of sound still emanating from the night before. What is for certain, though, is that such debauched antics would definitely lead to some need for comfort; whether it be the hypothetical feeding of a hangover or the continuation of the ‘party’ to minimise an encroaching level of shame.

What David G Cox has managed to conjure with this debut effort is that almost exact same feeling of the harsh wake-up call, albeit replacing the standard mess ridden bedroom/slobber stained sofa with a saloon full of sea shanty barking sailors. His voice thaws throughout the album, from a whisky-soaked Tom Waits growl to a downhearted Sam Herilhy whine. It encapsulates those stages of short-lived morning grief accurately, shaped by a love of the traditional moonshine folk of yore.

The opening triplet of songs verge on Mighty Boosh-esque parody, giving a comedic twist to what could very easily become an overtly serious record. Laden with folksy tales of feeling downtrodden and lovelorn with an oceanic metaphorical twist, they go to show that Cox has an innate ability to charm even the darkest beast out of the immediate booze soaked depression. ‘Merry-Go-Round’ finds Cox unaccompanied for the first time, and it becomes evident that it’s this vulnerability, this lonesome behaviour that is key to the whole album.

‘Song No. 7’ sees the more upbeat and classic sounds of swinging rock’n’roll toned down to work around Cox’s breaking voice, with beautiful interludes from singing horns and distant harmonicas, happily reminiscent of some sort of japery from the night before. And as it draws to a close and beckons the second half of the album, we see a more forthright thoughtfulness come to the fore. ‘Forever and a Day’ sounds like Devendra Banhart at his most harmonious and calming, with Cox grasping onto fonder memories of how he and his love would "lay between the riverside and the lonely rolling moor, watching the shadows as they shiver by, past the one that I adore". He asks "Don’t change, just say that you’ll forever stay, beside the river here, beneath the willow tree", clinging to some final moment of happy reprieve in this awkward dreamland of his, away from sullen reality.

But there’s only so far that this whole premise can take us without snapping out of this hazy state, loveable state. Things get pretty repetitive: musically, it can be pretty bewildering just how often in one album you can use a walking bass line as a segue into a new refrain, regardless of homage or genre. With that in mind, you could find yourself pretty swiftly becoming bored by a lack of real diversity in tone with this debut effort.

In fairness, it’s that emphasis on the simplicity of songcraft on offer here that will allow Cox to garner success. How he can beckon light from even the darkest situation. In that sense, he has created a very well crafted and sobering first album.

Destroyer of the Void