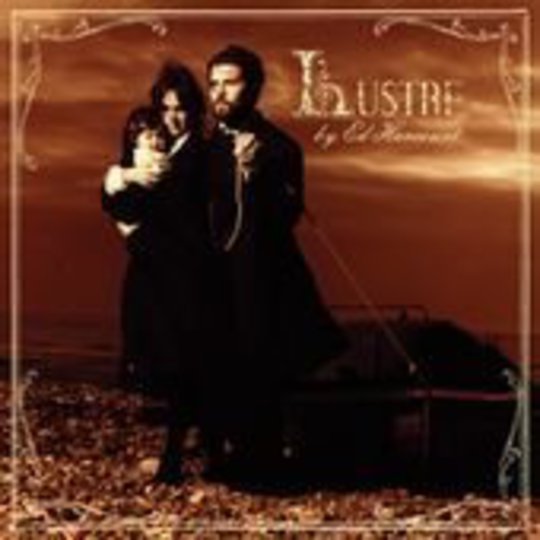 Ed Harcourt has always felt deeply; when he sings about being in love, you really believe he is in love. The Beautiful Lie had quite a few moments that were serious-serious. The Russian Roulette EP was fifty-fifty serious-serious. Sometimes feeling that deeply is a bit overwhelming for the listener.

Looking at some of the song titles on his latest album, Lustre - 'Do As I Say Not As I Do,' 'Killed By The Morning Sun,' 'Church Of No Religion' - there seems a great risk of Harcourt coming across as heavy handed in the same way songs like 'You Only Call Me When You’re Drunk' and 'Good Friends Are Hard To Find' on his last full length outing were too intense to digest easily.

But Lustre seems to be a real step forward for Harcourt in many ways. He is as in touch with his emotions as ever, but has learned to temper his darker sentiments with more light-hearted compositions. It allows him to convey his confidences and doubts, loves and longings with a respectable sincerity, rather than feeling like he’s told you more than you really wanted to know.

The overall tone is lighter than previous outings. Harcourt has captured the sense of whimsy that he only played with on earlier efforts, in the form of flutes vaguely reminiscent of 'I Am The Walrus' and a proliferation of female backing vocals. manages to stray away from the world of the earnest singer-songwriter, while staying a safe enough distance from the pop world to keep his indie cred. The aforementioned 'Do As I Say,' for example, is full of hand claps and “ooh-oohs”; it’s jubilant and joyous and - praise be! - not even a little preachy.

In the production sense, there is a richness and warmth in Harcourt’s latest recordings that isn’t on his previous, more lo-fi efforts. There’s still some of that charm in less complexly arranged songs like 'So I’ve Been Told,' but that serves as a foil to his turn as an Eighties balladeer on 'When The Lost Don’t Want To Be Found,' hitting lower notes in his register than we usually hear from him. And for someone who favours arrangements with subtle flourishes and layers tones upon reworked, new tones, this is a production approach that does his songs justice.

Though very strong, Lustre isn’t flawless. The kitschy 'Heart Of A Wolf,' though consistent and certainly upbeat, still falls flat in the greater scheme of the album. It’s worth mentioning because otherwise the album is completely charming. And for those who have heretofore found Harcourt to be a little too melodramatic, this is likely the album that will have them reconsider his work. We all need a little romance, and so much the better when it’s delivered with a bit of knowing quirk.