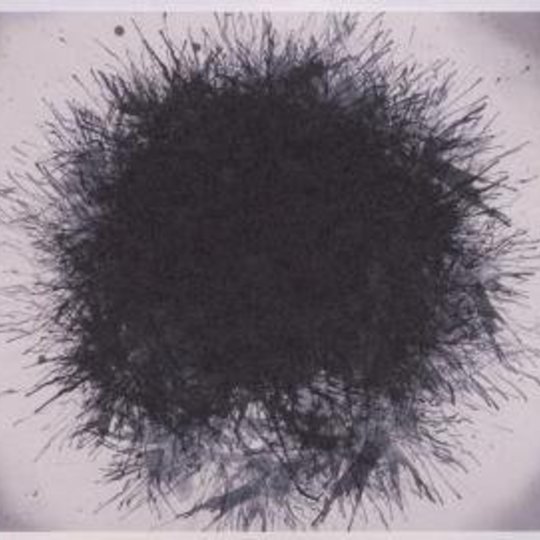 A lot of musicians whose setlists might be stuffed with a succession of enviably great tracks don’t quite manage to make them fit together on an album. Either the songs are too disparate to flow together comfortably, or they’re too indistinct to make for an engaging listen. It’s a tough balance to strike – but D. M. Stith hits it right on the nose. Heavy Ghost Appendices flows cinematically, with almost Shakespearian ebbs and flows; sunny, harmonic peaks are juxtaposed neatly and naturally with bleak, discordant troughs. Art imitates life with vivid universality.

This would be enough to deem any record a success. The fact that Heavy Ghost Appendicesis actually a double-disc compilation of three linked but distinct EPs makes it more so.

‘Lacuna A’ is the opening credits. Twinkling finger-picked guitar patterns are bruised by gloomy echoes of natural sound, where darkness intrudes on beauty. Forcing the tone into still more sinister territory, the eerie half-played piano on ‘BMB’ turns Stith’s refrain of “Be my baby” from a timid request into a threat.

Experimental jazz horns pervert Stith’s cover of Diane Cluck’s ‘Easy To Be Around’ with a dynamism that matches the finest moments of Kid A. Yet somehow, amidst atonal piano, creepy Spanish guitars and squelching, squeaking brass, there is a folk ballad, which most artists would over-sentimentalise, curiously peering out.

This acoustic tendency is given its own platform on ‘A Soft Seduction’, where more Mediterranean guitars and feather-light drums make David Byrne’s composition into one of Heavy Ghost Appendices’ gentler moments. Likewise, Stith’s bluesy rendition of ‘Suzanne’ by Randy Newman is refreshingly stripped back until it intermittently bursts into a wall of sound (a technique, ironically, not entirely repeated on the version of The Ronettes’ ‘Be My Baby’ that appears here).

Stith returns to piano for the final two tracks of disc one, with the six-minute instrumental ‘I Heart Wig’ as the closing credits of the first fifty minutes of Heavy Ghost Appendices. The slow build of samples and cymbals brings about an odd sense of closure that remains incomplete, suggesting there is more left to be said.

With that in mind, it’s hard not to wonder whether a second disc, made up largely of remixes of tracks on disc one, really gives this compilation any more depth. Opener ‘In My Dreams, I Watch TV’ eradicates the doubt. A remix of ‘Braid Of Voices’ by Ensemble, it is a tense slow groove that pushes Heavy Ghost Appendicesinto intelligent, articulate, oddly soothing minimalism. The same song blooms with chilled out intricacy on Clark’s remix a few tracks later. Even adding a few synth beats to ‘Thanksgiving Moon’, as Rafter does on his remix of it, pulls the whole pace of the music into step with modernity.

In this way, the two discs of Heavy Ghost Appendicesbalance one another. Disc one’s reliance on acoustic instruments and natural sound is honest and moving. It is a powerful showcase of D. M. Stith’s innate talents. Yet the remixes on disc two reappraise this whole approach, using technology to force Stith’s music to look forward without losing its soul. Heavy Ghost Appendicesoffers the kind of haunting that every house should welcome.