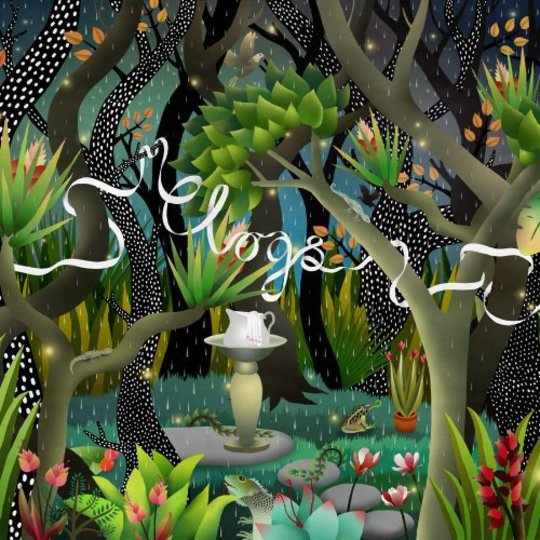 The Creatures In The Garden Of Lady Walton is an album rooted in the space in which it was written. What Clogs have set out to do is evoke a lush, leafy, languid and strange place – one that is full of curious creatures, propagating myths which inform a mostly mysterious history. But you don’t need to read too much into the back story of Giardini La Mortella, the Italian estate owned by Lady Susana Walton. Its enigma, its intrigue and, more than anything else, its beauty will all be evident from the first time you listen.

It begins a cappella, as ‘Cocodrillo’ lists the creatures that call the garden home. Yet rather than dispelling the mystery of the garden, this track deepens it. For one thing, the animals are named in Italian, but they are also sung percussively, building layer upon layer of abstract melody. Eventually the polyphony is so complex that the listener is no longer listening to a description of the garden; they are listening to the garden itself.

Instruments arrive on ‘I Used To Do’, as soothing classical strings blend into guitars that pluck muted octaves. The relentless tempo feels as though it is moving the music physically, with any sense of unease shrugged off in favour of the thrill of exploration. This mood is indicative of the album as a whole. There are no wild leaps between genres and styles – when a record is so strictly defined by a single place how could there be? – but there are enough interesting timbres and imaginative textures to represent the diversity of the garden’s ecology without getting completely lost in it or confused by it.

Tracks like ‘Red Seas’ show the breadth of what there is to find on The Creatures. It begins as a plain folk ballad, as percussion drones in the background, eventually giving the acoustic guitar the freedom to experiment with minimalist arpeggios. Its charm eventually fades though, and brass abruptly invades, sounding on and off like a warning siren. This idea that all is not well in the garden is fully realised on ‘The Owl Of Love’. The repetitious mandola pattern and Shara Worden’s operatic vocals place Clogs in the renaissance, in a juxtaposition that feels naturally, brilliantly out of place.

Worden’s elaborate style sits in stark contrast to the mumbled baritone of The National’s Matt Berninger (whose bandmate Bryce Dessner is a full time Clog) on ‘Last Song’. On an album often notable for its ambitious development of ideas, this track is unusual in its rigidity. It sticks to the same finger-picked patterns, as Berninger pulls lyrics from thin air with a haunting trepidation. The track only really changes pace with the addition of a vocal harmony, consolidating the decision here to keep it simple and let the listener’s imagination compensate for the sparse instrumentation.

With ‘We Were Here’, sung by Sufjan Stevens, The Creatures... comes to a tender close, as the melodies loop and drift away dreamily. What this confirms is that Clogs have taken the listener on a journey. With its ambiguous musical beginnings, this album places itself in the thick of the vegetation, but with clever instrumentation, the sounds spark images of stunning green scenes – some safe, some scary, some seemingly from another world. But by the end of the record, Clogs have shown us around their favourite spots, and we are settled in the garden of Lady Walton, happy to let ourselves wander through the locations that these magnificent sounds evoke.