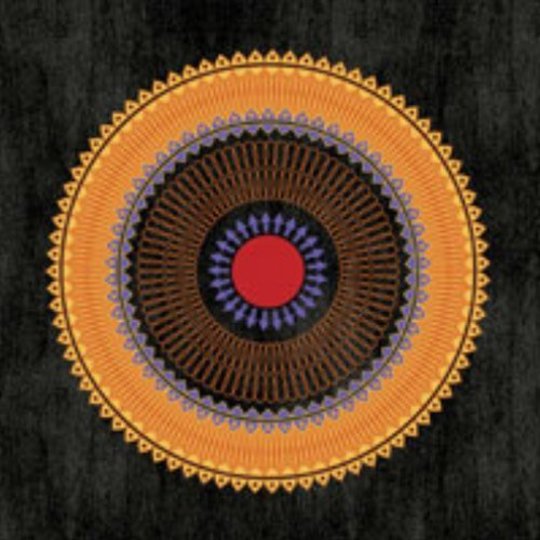 I'm going to put my neck out here and say that the reformed Smashing Pumpkins... ah, fuck it, they haven't been a total disaster. Yadda yadda yadda D’Arcy and James Iha weren’t onboard, but Jimmy Chamberlain was the only member bar Billy Corgan who obviously brought something to the band (ie hitting the drums very hard) so whatever: ‘Tarantula’ still is a pretty great song, and while Zeitgeist was effectively torpedoed by Corgan attempting to make a late Nineties radio rock record (ie the opposite of what he’d been doing in the late Nineties), at least it felt like a step in the wrong direction rather than a loss of talent per se. Certainly the demented decision to drop both ‘Glass and the Ghost Children’ and ‘Heavy Metal Machine’ into the Leeds Festival headline show that I saw in 2007 showed that Corgan hadn’t entirely lost touch with his arty, perverse side.

So anyway, it’s 2010, and a Pumpkins containing only Corgan and new people are 'back' with Teargarden by Kaleidyscope. An optimist would find a few things to take heart from, based on past form. For starters it’s essentially a madly overambitious and completely impractical idea: releasing a track every now and them via their website, the Pumpkins aim to put out a 44 track album, subdivided into 11 EPs which can be purchased commercially, of which this is the first, Songs for a Sailor. At present rate of release we’re on for a mid-2015 finish. Second, it’s got a silly name, which may seem flippant to point out, but there seemed to be a definite element of ‘let’s not confuse the jocks!’ in the titles on Zeitgeist. And third, you can get it for free, same as the wonderful Machina II.

Anyway, to cut to the chase, Teargarden by Kaleidyscope, Vol. 1: Songs For a Sailor isn’t very good, but as ever, there is some scope for hope. Not so much on opener ‘Song for a Son’, a vaguely bored, vaguely Seventies sounding acoustic strum that has a reasonably exciting Hendrix-style solo midway through its six minute bulk, but in all other respects feels completely uninspired. It hits a crescendo of sorts towards the end, at which point the polite taps of the drums (courtesy of a 20-year-old by the name of Mike Byrne) make you yearningly ponder if Chamberlain is really doing anything better with his time at the moment. ‘Astral Planes’ begins with what we call ‘proper’ guitar, a big, gallumping wall of portentous, discordant noise. It sounds like it’s going to herald something amazing, and certainly it’s the most forceful track here, screeds of distortion, rolling toms, flashed out solos... basically if he’d bothered to write either a chorus or lyrics (for the most part it’s just a repeat chant of something like “everyone gather, warm your soul”) it would have sounded quite like one of the heavy songs on Mellon Collie..., only with bad drums. ‘Widow Wake My Mind’ is a vaguely groovy pop song in a quite Zwan-ish vein (“I’m looking for a love that shines”) and is okay – it feels a little too cute at times, and is definitely far too long, but some skewiff keys and medium-righteous fretwork helps balance things out. And then finally... ‘Stitch in Time’ which is (and he has to do this at least once per release) a genuinely great song, a lovely, breezy psyche pop number, fluttering along on darting swells of keyboard that flirt playfully with a chipper Corgan vocal (“you can’t catch me... watch out” he positively yips).

Basically Corgan seems to be now devoting himself to the penning of pop songs in an overtly retro Seventies mode. This is better than the last record, when he was trying to sound like Linkin Park, and worse than the Nineties, when he was trying to sound like the Smashing Pumpkins. That he only truly nails it on one track out of four doesn’t bode especially well, but as I say, there’s some reason to hope, and if you really don't have anything better than the Pumpkins to pin your musical hopes onto, you probably shouldn’t be too nervous about checking out the next EP.