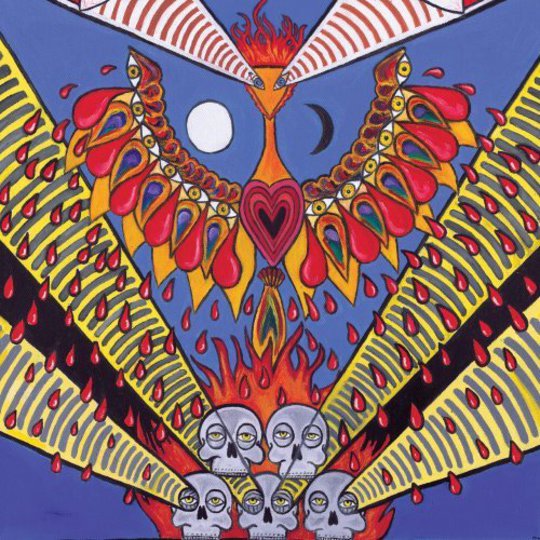 For UK gothabilly pioneers and perennial tour support shoo-ins The Eighties Matchbox B-Line Disaster, it has so long seemed a case of ‘always the bridesmaidzilla...’. We’ve lost count of the number of juicy - or at least suitably spongy and weeping - opening slots we’ve seen them in, and in terms of sheer entertainment value they’ve almost always kicked 11 shades of piss out of their cowering hosts.

Why, then, have Guy McKnight and chums consistently managed to avoid achieving minor national treasure status? After all, their debut album, 2002’s Hörse Of The Dög, should by rights have seen them carried out of British venues shoulder high for proving that we’re easily snotty, nihilistic and daft enough a nation to produce a band this cacklingly demented without requiring any gratingly worthy System Of A Down-style tubthumping to justify their existence. Hell, all we require of our foamy-lipped psychosis-thrash misfits is that they drive a comedy hotrod and resemble a team of Galliano stylists emerging from a collapsed mine shaft...

In reality, of course, TEMBLD’s vague air of slight gimmickry has thus far pretty much locked them in to their established status as a niche curio. If their self-conscious screwiness always struck you as clownish rather than satirical, the chances are it drove you up the bile-spattered wall from day one. Happily, third album Blood And Fire finds the band sounding longer in the tooth than we ever imagined plausible or desirable. The cheesy mirthmobile has apparently roared off to that great scrapyard in the sky, and McKnight - although still disturbingly reminiscent in the live arena of a velociraptor who’s swallowed a beehive - no longer bothers with his (once standard) mid-set regurgitation sessions. Basically, typing the word ‘businesslike’ in a music review has never felt so complimentary. And holy shit, does Blood And Fire ever announce its intentions early. Girder-chomping opener ‘Love Turns To Hate’ comes out of the traps with its arse on fire: Tom Morello might well want his intro riff back, but McKnight’s trademark baritone Nick Caveisms have been revved to the point where the whole thing sounds more like a posh Lemmy stabbing The Bravery repeatedly in the throat. Shrieking pterodactyl guitars wheel about all over the shop, and if the bassline gouged any deeper it’d be coming up with bits of fossilised bracken in its teeth. It’s the most effortlessly stirring lead-in since...well, probably since Jónsi’s ‘Go Do’ a couple of months back, but hey - it freakin’ rules, whatever.

‘Mission From God’ spazzes things up nicely, coupling chainsaw chord progressions with ghost train backing vocals, and is probably exactly what the then-too-green Horrors initially had in mind before they admitted defeat and shruggingly settled for ‘Sheena Is A Parasite’. ‘Under My Chin’ grinds forward on a faintly terrifying military tattoo, the band sounding uncannily like some advancing Spartan death squad as McKnight barks about how “You will be dead, will be dead in a day...”. Three tracks later, ‘Monsieur Cutts’ delivers easily the most frenziedly unhinged - if not entirely comfortable - two and a half minutes on the album, Tom Diamantopoulo’s drums sounding not unlike a helicopter gunship attempting to disperse an unruly crowd of daleks.

So far, so (high grade) Eighties Matchbox, but elsewhere it’s not entirely business as usual. 'So Long Goodnight’ is a fretful, hand-wringing ballad of sorts - well, until Sym Gharial’s gut-churning bass arrives to turn it into more of an ominous, aggressively embittered Dear John letter crafted from blood, snot and sliced-up newsprint - and McKnight’s blearily melodic vocal on wry album closer ‘Are You Living’ sounds bizarrely like Josh Homme smugging it up between choruses. The point is, all these deviations work pretty damn well, because TEMBLD have still got the balls and the bile to assimilate their countless influences and somehow emerge looking like the only five-headed, acid-spitting hydra in a pool of dozing manatees.

Actually, it would’ve been nice to see them pushing the envelope further than they do for the majority of Blood And Fire, and (taking it as a given that this band will always be something of an acquired taste) that’s really the only major criticism this fine, febrile third album invites. What with their various lineup changes over the years, including the relatively recent flight of second lead guitarist Rich Fownes to the Nine Inch Nails camp, it’s been a dusty old hiatus since 2004’s The Royal Society. We’re happy to report that, in the downtime, TEMBLD’s piss has indeed turned to vinegar - and that as a result, they’ve never sounded more caustically thrilling.