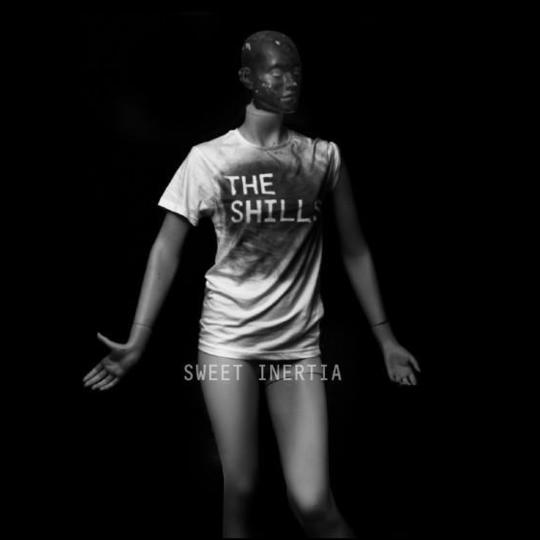 The Shills say that 'contemporary music is moderate', and that they want to 'put some intelligence and fervour back in to rock‘n’roll'. These are audacious words which, on face value, suggest a couple of possible realities. Maybe The Shills, in their Cambridge rehearsal room, really have been quietly slaving towards the upheaval of British music, and this debut EP will herald the dawning of a new age of indie rock. Alternatively, their bold statements (where they claim to have failed to have fallen in love with any band formed this millennium) could be a mask that attempts to hide the fact that there is nothing revolutionary about The Shills’ music at all.

Careers have been founded on both of these things, but history seems to suggest that only one of them can exist without the other. For a band to simply say that they are doing something that sets them apart from the rest of contemporary music does not automatically make it so. They’ve got to have the tunes to prove it.

And by normal standards, opening track ‘Sweet Inertia’ is a good effort by The Shills. A crisp bass leads the way and lays the foundation for a more old-school droning rock riff that avoids giving away too much too soon. The vocals are coiled around a tight hook which, two verses in, unwinds and settles on a sober but sensitive chorus that might make blokes in pubs a little tearful. Lyrics like “Yesterday I met a girl / Now everything is wonderful / I got my end away” show that this is a song without a profound message, but the music is sharp enough to give the track depth without overcomplicating it.

‘Tell Me What I Really Want’ is a more energetic offering, with an intro of stomping drums and guitars that snap chords together with post-rock precision. The mood shifts however, as the verse loops around a recurring vocal melody, before blending into a section that seems to be a failed attempt at a chorus. The pounding intro pattern returns, but its dischord sits a little awkwardly in between such tight harmonies. It is far better placed in the track’s coda, which develops from its understated pop-rock beginnings to a few bludgeoning closing bars.

Presenting a similar juxtaposition, ‘Realpolitik’ is a jerky new wave freak out, but not a particularly coherent one. It quickly loses its edge and shifts into toe-tapping Britpop mode, with featureless chord patterns and bland guitar solos. Final track ‘Long, Still Night’ though, is The Shills’ strangest gear change. With fuzzy power chord melodies and tentatively soaring lead lines, the song sounds as though it might have been pinched from Siamese Dream, if it weren’t for the inclusion of another anonymous chorus.

Of course, the expectation was never for The Shills to live up to their own hype. And to their credit, there is a lot to like about this EP when, as on its opener, they pool their ideas into a narrower focus. Generally though, Sweet Inertia EP tends to pull together too many loose ends without tying them to a sturdy musical concept. Their songs end up lost in the confusion and are ultimately forgotten.