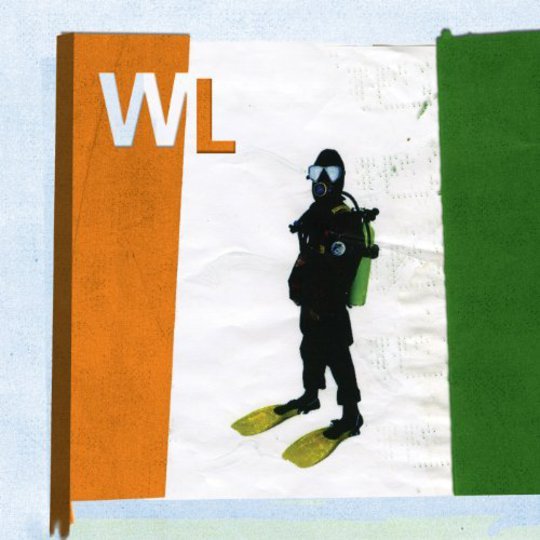 I’m not always wary of bands that are given the label ‘no frills’, even though possibly, I should be. Of course, there is something wonderful about albums that grow on you with their layers and complexities, but there is something to being bashed on the head with the immediate likeability of music. Wounded Lion, possibly to their detriment, definitely fall into the second category – their music hits you straight away and their unfussy dedication to simplicity is immediately apparent.

This LA band’s self-titled debut has been released on In The Red in America. Sadly, this sentence speaks volumes about what this record is like. For garage enthusiasts, much like myself, an album on In The Red means, generally, that I know what I’m in for and I’ll probably like it. This is a blessing and a curse. In The Red has a great track record, but has fallen into a bit of a generic rut – and unfortunately, Wounded Lion are only adding to that.

That’s not to say that Wounded Lion is bad. It’s not bad – it’s just unremarkable. They’ve served up 12 tracks, all coming in under the 3:30 mark, each containing something perfectly nice and enjoyable. ‘Carol Cloud’ is one of the more noteworthy songs – it’s got immediate hook and a sing-a-long chorus and it’s got that hazy, dirty guitar appeal. ‘Hungry?’ is another standout among these songs, a little more sinister than sunny, and filled with a plethora of fun, shouty-bits. Being an LA band, I can hear a bit of brightness, a certain appeal to be played and enjoyed in the sun, but it’s not overwhelming enough for me to pinpoint and box them into being a ‘sunny-lo-fi-garage-California’ band, which I think is a testament to what Wounded Lion do have to offer although they do hit one note throughout the entire album.

The album closer, ‘Crunchy Stars’, is the most experimental moment, which doesn’t inspire a lot of confidence, but there’s something interesting there. They’ve mixed Brad Eberhard’s throaty, sometimes grating vocals with a dusty, old-time country melody played with considerable reverb and although it shouldn’t probably work – it does. Perhaps it's do to with the length of the song, which is partially their saving grace, winding up at only 1:49 (and it’s not even the shortest track). There are some interesting parts to this album, but unfortunately they’re masked by a lack of dexterity in expanding on base ideas. These ideas, though likeable, enjoyable and wholly consumable don’t make up for the metaphorical striking of one single chord throughout the album.

So Wounded Lion have laid everything at our feet with this album – and it’s very easily devored. The lyrics and the melodies are evident, enjoyable and catchy if unexceptional, and their sound is one that’s completely saturated and when there’s nothing that’s remarkable – does it really matter if the songs are good? Perhaps not, but there is a simple appeal to Wounded Lion, whose live show belies the simplicity of the record, and their songs – it’s just too readily accessible.