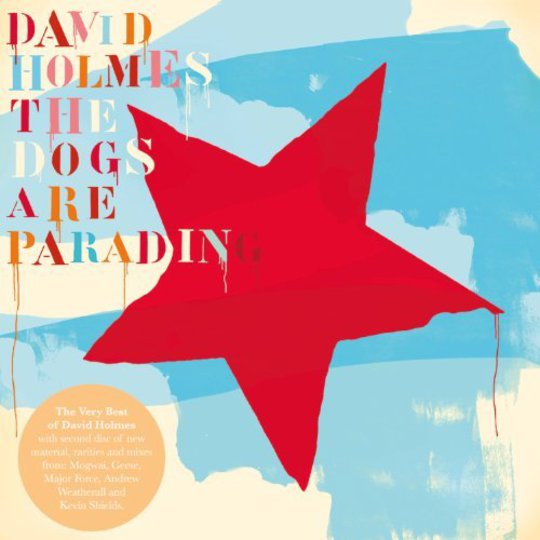 David Holmes has been around for a while now – 15 years in fact – and this best of celebrates this fact. He’s primarily famous for soundtracking films like the Ocean’s trilogy and that one everyone wrongly said was really good due to Lopez and Clooney’s sexual magnetism, despite it being a hollow husk of a flick. In fact, you’ll likely recognise four of the more cinematic tracks on this record from recent BBC wildlife idents. But really, that’s just a small part of the man’s story and you need some background.

Holmes absorbs and breathes music like a true enthusiast. He lives for finding those records no one thought to adore at the time and then does his best to share that with the world. On every mix CD he has released (whether it be the stupendously great Essential Mix or infectious Come Get It, I Got It) he manages to unearth some musical gems you’d otherwise never know about and effortlessly mix them with a subsequent track they have no right to sit alongside. Hence he gets lots of soundtrack work.

This is because Holmes understands music; he knows that when music is good and consists of just the right blend of elements, it’s timeless. And thankfully, his recorded work has that quality as well.

Most of his five recorded albums to date draw heavily from the past, melding its musicianship and gravitas with modern day artists and production techniques. His output often sounds as much like a product of an alternate 1974 as it does 2007. Barring his debut (which is largely overlooked here barring the ethereal ‘Gone’) and the slightly self-indulgent trip hop jazz noodlings of The Free Association (a band he played in and signed to his label), all three of his remaining records still stand up well now and bear juicy wares.

Bow Down to the Exit Sign, perhaps his most inconsistent but intriguing album (due to being so entwined with the brief millennial musical exchanges with Kevin Shields, Primal Scream and Death in Vegas) interestingly sticks to its more ‘classic’ tracks over the hit singles, such as the unrelenting bass-driven ‘Living Room’ featuring the poet-performer Carl Hancock Rux and the widescreen instrumentals of ’69 Police’ and ‘Hey Lisa’.

His second - and most daring - record Let’s Get Killed stands up to the test of time even better. Whilst most artists from the era were dabbling in big-beat or ill-judged electronica, Holmes documented New York with a dictaphone and made an eclectic, vibrant record out of it. ‘Rodney Yates’ feels like a frenetic police foot pursuit through the Lower East side whereas ‘Gritty Shaker’ and ‘My mate Paul’ share percussive traits with, yet neatly sidestep the pitfalls of, ‘that’ Nineties Brighton sound. But it was in ‘Don’t Die Just Yet’ that he garnered himself a foot in Hollywood’s door with its sweeping strings, laid back guitar lines and climactic layering.

Arguably the finest of his recorded work came last year with The Holy Pictures, a deeply personal and self-sung ode to his departed parents. Heavily drawing on production techniques forever to be regarded as ‘shoegaze’, it is a hazy, beautifully-judged journey through his life. Taken out of context, its highlights still hold up well: ‘I Heard Wonders’ is the most direct and accomplished song Holmes has ever managed, complete with a dizzying chorus and a heartfelt vocal; ‘Theme /I.M.C.’ is almost as good, an instrumental that almost refuses to get going and then gradually unveils into life; and the outro ‘The Ballad of Sarah and Jack’ is as fine an ode to a loved one as you’ll ever hear.

Of course being a best of there are a few now compulsory extras. Opener ‘The Girlfriend Experience’ is an interesting new foray into bass funk merged with vaguely ‘hard’ electronica and the 2000 bonus track ‘Jackson Johnson’ gets a welcome (re)airing.

Indeed there is also an entire second CD of rarities and remixes. Many merely tweak tracks found on disc one, such as Kevin Shields' slightly grimier version of ‘Living Room’, but there are a few notables. The new compositions of ‘The Lower Orders’ and ‘You’re on fire’ deliver intricate drum patterns and absurdly funky basslines and ‘Don’t Die Just Yet’ gets the remix treatment from both Arab Strap and Mogwai; the latter merely overlay a classic Slint track, somewhat betraying their own influences, but the former turn in not just one of the best remixes you’ll likely ever hear, but a fine addition to both artists’ portfolios. Special mention should also be given to the extended version of the street skit ‘Head Rush on Lafayette’ which manages to be as great as the kinetic original and yet wholly different.

Ultimately, best ofs are funny things. Some bands are seemingly born to make them, whereas others ought to know better and steer clear. Given how important sequencing and pace are to David Holmes’ work, it’s surprising that these tracks still largely hold together as a record when assembled in such an unconnected manner. Those who are u fait with his previous efforts will likely choose to merely download a few of the rarer offerings but, for anyone new to his work, The Dogs are Parading is a fine way to get accustomed to a rich, diverse soundtrack to a life.