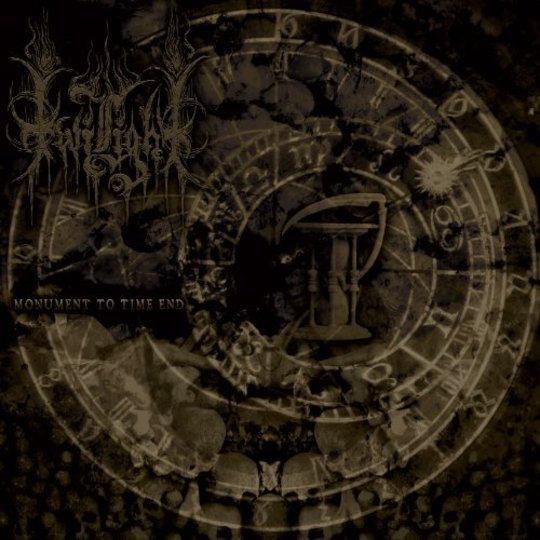 Sometimes in life you get what you ask for. Not all the time, but sometimes life delivers. Recently I asked for 'something heavy' to review. What I got was the new album by a band called Twilight. Guess what? It’s heavy. Really heavy. When it comes to being heavy, Twilight do not mess around; rather, they go straight for the throat.

To some, Twilight are a supergroup. To men with beards, men that get wet at the sight of a Sunn O))) 4x12, men that know all about true Norwegian black metal. They’re the kind of men who would regard the five members of Twilight as supergroup. It’s almost always men – metal is a total sausage fest of a genre. However, mention the name Twilight to the average Joe, and the thing that’s most likely to come to mind is not the aforementioned band but rather every teenage girl’s favourite member of the undead, one Robert Pattinson, star of the popular vampire film franchise Twilight. Vampires are currently the undead creature du jour0, with Twilight (the film) being the most popular. Classically, vampires are by definition evil creatures. They suck blood. They’re immortal. All that crap. Mr Pattinson is pretty far removed from what everyone expects of a vampire. He’s certainly not evil. In fact, he’s subtly pushing a Mormon agenda. Conversely, Twilight (the band) are not pushing a Mormon agenda, and, whilst they may not bite a baby from the stomach of a pregnant lady (this happens in one of the Twilight films) during the course of Monument To Time End, they still sound pretty evil, especially in comparison to pasty-faced Pattinson. In fact, if Twilight the band were a vampire, they’d be Nosferatu. And they’d go straight for your throat.

Musically, Twilight plunge the depths of obscure subgenres of metal known only to the most harden of listeners. Doom, black, avant; those kinds of prefixes. Did I mention they’re heavy? Really heavy – the guitars on Monument To Time End sound like they’ve been tuned down to the absolute lowest possible note, like wading through mud feels. The drums sound like an assault rifle being shot in a cave. The vocals are exactly as you’d expect – they sound like a guy yelling at the top of his voice. But yelling from his chest not his throat. It’s more metal that way. And covered in a load of distortion. For an example, see the vocal break in ‘Decaying Observer’.

At times, Twilight do know how to bust out a melody or two. In fact, at times they can be downright epic. ‘The Cryptic Ascension’, after three minutes of pure heaviness, gives way to reveal a solitary melodic guitar line, which is eventually joined by, of all things, a four to the floor disco rhythm. The parts build until the whole thing explodes into an epic, soaring halftime workout, not wholly dissimilar to the post-rock meets hardcore of City Of Caterpillar. If you understand what it means to raise the claw, then you will raise the claw. If you don’t then just believe me when I saw it’s a truly epic, evil sounding piece.

The sleeve of Monument To Time End is exactly as you’d expect. The font is almost completely illegible. There’s some hieroglyphics or ancient runes on there. The band themselves look exactly as you’d expect, (beards, tattoos, black t shirts) and probably exactly like the vast majority of their fans. And though they’re not covered in corpse paint or burning down churches, and despite the fact that there’s an acoustic guitar on ‘Red Fields’, Twilight are still as heavy as it gets. They don’t so much as play riffs, as reign musical blows down on the listener and pummel you into submission. Twilight are evil sounding and very heavy. They’re flying the flag for true kvlt metal.