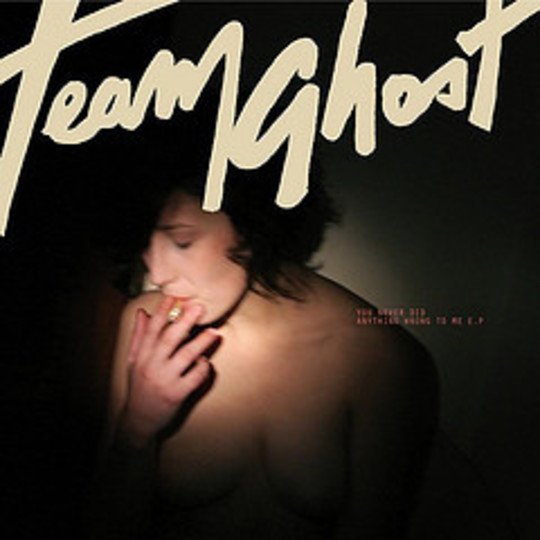 Nicolas Fromageau's decision to part ways with Anthony Gonzalez and M83 six years ago - just as global recognition beckoned - may be up there with countryman Eric Cantona's infamous walk-outs just about everywhere he lay his hat. However, as with the footballing legend, Fromageau appears to have struck gold with his latest project.

Despite having formed Team Ghost - a collaboration between Fromageau, multi-instrumentalist composer Christophe Guerin and producer Jean-Philippe Talaga - as far back as 2007, its only now that the first fruits of their labours have seen the light of day.

Fortunately, the wait has been worthwhile as You Never Did Anything Wrong To Me is as diverse a collection of songs from an electronically based outfit as you're likely to hear all year. Comprising seven tracks, or pieces as they'd more appropriately be known, Fromageau and associates have taken the blueprint of his former outfit, mixed it up with the odd tinge of krautrock, disco and post-punk and majestically conjured up a dazzling array of sounds that suggests their forthcoming debut album will be a mouthwatering prospect indeed.

Opener 'Lonely, Lonely, Lonely' is a floating instrumental of ambient perfection that could have fitted in on any of the four M83 records, even the ones after Fromageau left. Maybe it's his way of a parting gesture, because the incendiary wall of noise 'A Glorious Time' that follows certainly breaks the mould of expectancy here. Sounding not unlike No Age at their most ethereal or Brighton's Air Formation at their blinding best, 'A Glorious Time' is anything but a carbon copy of Fromageau's former glories, rather a stark progression. That it isn't the best track on the EP speaks volumes.

The delicious 'Echoes', possibly an homage to New Order and the burgeoning Eighties underground dance movement, battles for that honour but just loses out on points to the swirling rhythms of 'Deaf'. Combining the looped patterns of Neu! with the incessant obnoxiousness of Suicide, 'Deaf' comes over like a Parisian companion to The Horrors 'Sea Within A Sea' minus the elongated intro and drowsy mid-section. Never has the Germanic-French alliance sounded so fresh and invigorating.

However, there isn't a moment on You Never Did Anything Wrong To Me where the [SKIP] button takes precedence. Instrumental interludes 'Sur Nous Les Etincelles Du Soleil' and 'Only You Can Break My Heart' display even more variances to Team Ghost's impressive mantle, the former's cinematic air ably complimented by the latter's more direct, Death In Vegas-like groove.

You Never Did Anything Wrong To Me is a near flawless introduction to the world of Team Ghost, the only downside being that it's over too soon. With an impending tour additional band members for the live shows in tow, it will be interesting to see how they replicate the record in a performance environment but for now, its definitely a case of mission accomplished for Nicolas Fromageau and co.