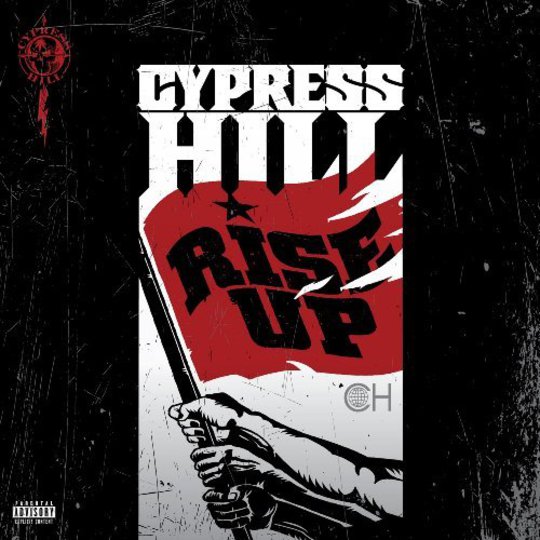 “In 1991 an artist in Compton picked up the debut album by Cypress Hill. What he heard blew him away; futuristic funk mixed with a die-hard dedication for a certain herb. This is the story of Cypress Hill…” The opening sample is intended to be a powerful reminder that Cypress Hill have been on the block for nearly two decades: but do we really need reminding or does their career – their story – speak for itself? And most importantly, do they still possess the power to blow us away?

The question becomes more urgent when you consider that not only does Rise Up come a full six years after 2004’s Till Death Us Do Part but is also their first record since being released from a contract with Sony and being signed to Priority Records by Creative Chairman, Snoop Dogg. Coming from a more suitable stable, and under the auspices of Gangsta No. 1, there are, therefore, high expectations of the kings of getting high.

To be sure, 20 years in the business has taught them the value of proper production and it all sounds well polished in the Eminem mould. Perhaps, then, already a touch too commercial, but there are nevertheless some more soulful moments; the sample at the start of ‘Light It Up’ nods to that funk for which they were famous, and the track ‘Armada Latina’, featuring Pit Bull and Marc Anthony, gets right back to their roots. If not the production, it’s the content that is lacking.

The title track is definitely a head nodder, but it’s never hip hop. Featuring Rage Against the Machine’s Tom Morello, it was always going to be Big, but his rock riffs which steal the show and it ends up sounding more like Rage Against The Machine feat. Cypress Hill. Apart from all that, invoking the Watts Riot of 1965 to paint a picture of modern day Los Angeles as a city "still on edge" merely to make your song make sense seems churlish, to say the least.

‘Carry Me Away’ - featuring Linkin Park’s Mike Shinoda - is their big hip hop ballad, a confessional tearjerker of a track which features such soppy sentiments as “My mother was there for me every step of the way, she didn’t judge me she told me I’d win some day.” Unfortunately it’s just a bad pastiche of 'Stan' but without even employing a clever construction. It just splurges, and that splurge would feel more heartfelt if it wasn’t followed by a track titled 'Trouble Seeker' - a raucous little ditty featuring System of a Down’s Daron Malakian - which might as well be called ‘I Wasn’t Crying, I’ve Just Got Something in My Eye.’

It goes without saying that they still possess a die-hard dedication for that certain herb, and if you don’t smoke the reefer you shouldn’t go anywhere near this record; it will leave you colder than Cheech and Chong’s Arctic Adventure. The dope fiend duo actually make several limp guest appearances on the album and B-Real even opines “If Sendog’s Cheech, I must be Chong”. Quite. Any number of tracks celebrating sensei including 'K.U.S.H.', 'Light It Up' and 'Pass The Dutch', and whilst the latter comes close to fulfilling it’s destiny as a blunted smoking anthem, the rest just smacks of so much artifice, of marijuana make believe. For if they had truly been daily blazing as hard as they claim they’d be no more capable of producing an album so slick, so clinical, as Shaun Ryder is of constructing a coherent sentence.

So what is the story of Cypress Hill? These days it’s all a bit reminiscent of WWF; just as the stars of such aren’t wrestlers but athletes, recently Cypress Hill are just playing their part as performers. This is Hip Hentertainment, you know they’re not really hitting each other but it’s fun to watch. If your idea of entertainment is watching grown men in Lycra pretend to beat each other up then maybe you won’t mind listening to grown men – 20 years grown - pretending to be Gangstas. If hip hop has taught us nothing else it’s to keep… it… real, but Cypress Hill seem to have forgotten lesson number one. Hmm, must be all the shit they’ve been smoking…