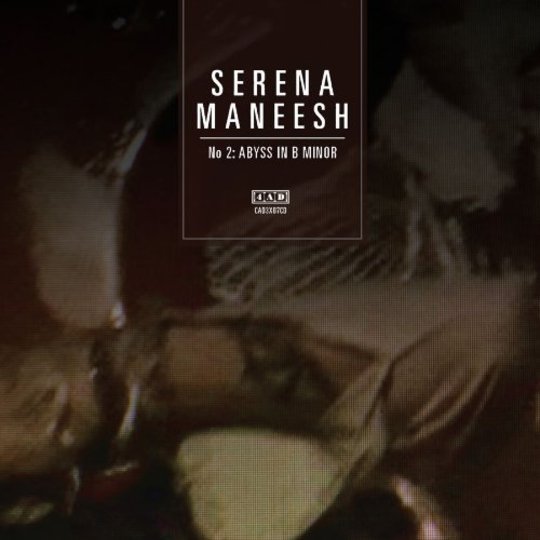 Serena Maneesh's second album has the word 'abyss' in its title because it was recorded in a cave.

While this is just the sort of thing you'd expect from a posse of imposing Scandinavian shoegazers, you can't really stop the 'redundant, much?' thought from flitting across your brain. Surely the attraction that lies at the core of every Serena Maneesh song we've heard so far is how effectively it manages to replicate the soothing ambience of a chilly grotto without having to resort to actually being in such a grotto. So... why?

... would be a totally acceptable response. S-M never said that, but it'd be understandable if they did. However, our frontman Emile Nikolaisen's reasoning is:

“Studio environments often get on my nerves, and I love the underworld.”

While comparisons to My Bloody Valentine are, in S-M's case, completely justified, this album carries with it an aesthetic much more overpoweringly reminiscent of MBV's American cousins Medicine. Take 'Just Want To See Your Face' and stuff it in Shot Forth Self Living and you will see it blend in seamlessly with the rest of the album, as the hyperventilating eardrum-piercing squeal that opens it eventually calms down and sews itself securely into the border of a fuzzy sonic cushion littered with vocal hairballs - this elaborate haberdashery being exactly what went down in 1992's ‘Aruca’. Similarly, the hazily delicate voice on 'Reprobate!' finds itself engaging in some uncharacteristically forceful behaviour as it pushes its way through a wall of screaming distortion that threatens to crush it.

My Bloody Valentine proper does crop up in 'Melody from Loveless'* - a deep-throated rumbling crossbreed of 'Sometimes' and 'Blown a Wish' - only not quite as gentle. As they demonstrated with their debut, and stay true to with this release, Serena Maneesh have a sound that is very immense - it is large and dark and all-consuming. It is the sound of sorcery and post-apocalyptic worlds and #000000. And it's intimidating. Initially. You stare up at it in awe and a wee bit o' trepidation as it looms over you before swallowing you whole. This is the point at which you have to shake off your disorientation and accept that you are a part of it, for once you do, you turn into the uber-cool, slinky Nordic creature S-M makes you wish you were.

‘Ayisha Abyss’ brings this across vividly. It teases you with a bit of foreplay by tracing a suspiciously gentle perforation down the first few seconds before ripping the album wide open and tossing you into its cavernous depths. Fractured, distracted, slightly tortured vocals are set against a dense, heart-stopping bassline and heavy, impenetrable synths engineered to terrify you into submission. Its soulmate shows up a little later in the form of the cast-iron 'Honeyjinx' - a droning, metallic track with a laborious sigh that attempts to reassure you "you can count on me...count on me" before dropping off suddenly and leaving you feeling a bit dubious about the level of conviction behind the sentiment.

Nonetheless, ignore S-M 2's cliquey aura, for it is more a facade than anything. Make your way past the defensive drone it puts up and you will be rewarded with warm, welcoming fuzz. Abyss in B-Minor isn't elitist or an acquired taste, it's just a little guarded. Put your trust in Serena Maneesh and they will reward you by making you feel powerful - nearly omnipotent - yet simultaneously sedate. The album closes with a tender, wobbly, flute driven ‘Magdalena (Symphony #8)’ – a love song for the loyal listener.