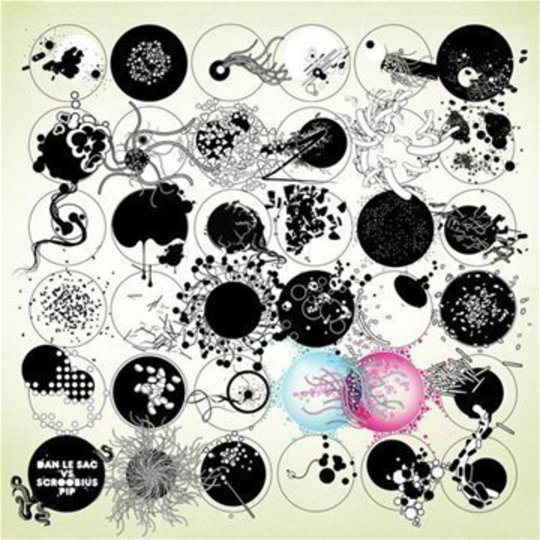 Many great minds have struggled with the question of what being a ‘poet’ means. Robert Frost said that "to be a poet is a condition, not a profession", whilst Shelley called them "the unacknowledged legislators of reality." It’s a bit easier finding a definition for ‘poet’ in the context of pop music however, where – looking at artists like Buck 65, The Streets and even Just Jack – it seems to mean ‘white boys who can’t rap’. Not that having a flow like a blocked latrine necessarily precludes making great music. Buck 65’s cracked drawl stumbles along like a three-legged dog in the prairie heat, but that suited the dustbowl landscapes of Talkin’ Honky Blues; while on Original Pirate Material Mike Skinner so perfectly nailed an entire generation’s bittersweet relationship with raving, drugs and each other that we can even forgive him for The Hardest Way To Make An Easy Living.

The less said about Just Jack the better, but unfortunately you’re going to have to bring him up when discussing Dan Le Sac vs Scroobius Pip, since they’re much closer to Just Jack’s birthday card banality than Buck 65 or The Streets. Yet the pair not only possess some vestiges of credibility but in fact set themselves up as arbiters of it on 2007’s breakthrough hit ‘Thou Shalt Always Kill’. Taking scabrous swipes at all modern culture’s ills from Hollyoaks to Fedde Le Grand, it was an intriguing combination of apparent brains and bile from a spoken word performer and lo-fi electro producer from Essex, even if they couldn’t quite sustain an entire album for 2008’s debut Angles.

Follow-up album The Logic Of Chance isn’t just the same routine; it’s the same routine performed with all the incisiveness of Michael McIntyre. Scroobius makes insightful observations about the fact that the last train home is often full of drunks (on – er – ‘Last Train Home’) or that people sometimes get a bit snobby about music (on – oh dear – ‘Snob’), all delivered so cumbersomely it’s like listening to Example lifting boxes. Which would be just about acceptable if his wordplay could patch over the weaknesses in style or subject matter, but you can’t even disparage this as ‘sixth form poetry’, since lines like "It’s the last train home / I don’t want to be here / They’re either stinking of wee / Or they’re stinking of beer" are so laughable they’re practically primary school.

But it’s when Scroobius tries to get serious that things get really awful. ‘Stake A Claim’ is an analysis of British politics so simplistic that the Levellers would blush, whilst ‘Great Britain’ is a hand-wringing discussion of knife crime from someone who might once have heard something about Hackney on the news. But the most embarrassing moment is when Scroobius reaches out to "the youth" on ‘Getting Better’, coming across far more creepy than concerned when he says "I ain’t saying be celibate / go out and have your fun / but there’s plenty you can do / without impregnation", sounding like a teacher desperate for the respect of the kids who keep writing ‘kick me’ on his tweed jacket.

If that’s the contents of Scroobius’ ‘Poetry and Politics for Beginners’ lecture, things are faring better in Dan Le Sac’s music class, however. True, ‘Sick Tonight’ is nursery school drum’n’bass, but occasionally you wonder what Le Sac could achieve alone; ‘Inert Explosions’ is almost Four Tet if you strain your ears enough, whilst ‘Five Minutes’ would probably be genuinely unnerving if he had the guts to dump his mate. It’s almost an inversion of The Streets’ occasional flaw where Mike Skinner’s lyrics can’t quite hide the amateurishness of his productions, but whilst Dan Le Sac is certainly the more talented of this particular partnership, he’s still a long way from anything as catchy as ‘Push Things Forward’. In fact, if there’s one The Streets tune The Logic Of Chance most recalls it’s ‘The Irony Of It All’, not just since it sounds like the sort of album Tim the soppy stoner would make, but more because you’re secretly hoping that Terry the beer boy might arrive and smack them.