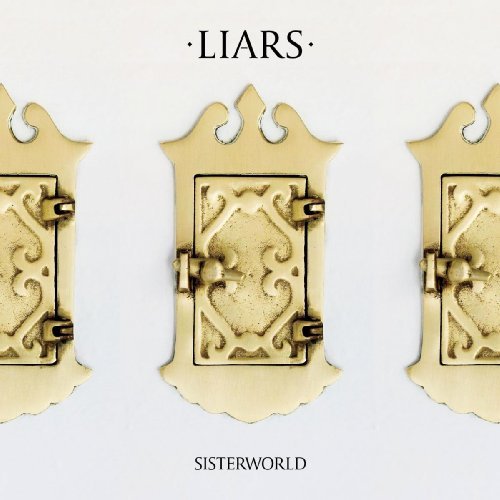 They’ve soaked themselves in a new city and emerged renewed, again. So long as they never settle down, they’ll be just fine.»

rough trade exclusive with a bonus four track cd featuring brand new songs the liars recorded just for us. liars return with their fifth album 'sisterworld', their most accessible yet audacious record to date. based upon the band's experience and experiments in la, it is an art-pop thrill from start to finish. the trio pummel their muse on the streets of 'sisterworld', their self-styled la subculture, a place that conjures the curdled aesthetic of david lynch's 'inland empire' and the jagged sprawl of sonic youth's 'daydream nation'. it lurches between euphoria and tranquility. liars are on fine form : whether attempting to skewer middle class drift on the 'lust for life' rumble of 'the overachievers' or blasting the vicious dirge 'scarecrows on a killer slant', they sound focused and relevant.
description from www.roughtrade.com