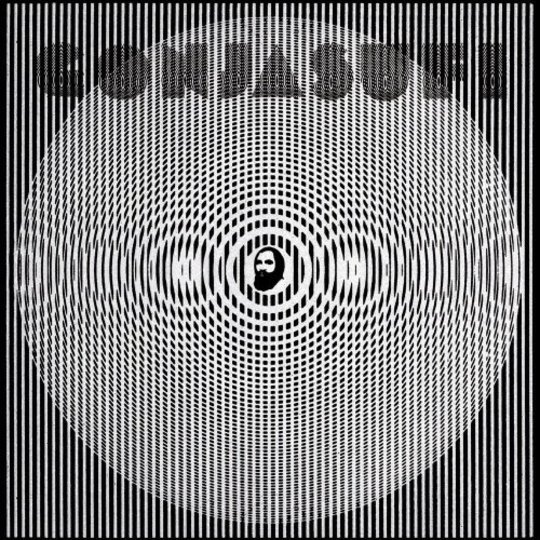 In a recent interview with Pitchfork, LA’s Sumach Ecks revealed a little about his headspace during the making of A Sufi And A Killer: “I didn't want it to be too easy for the listener. I wanted it to hurt a little bit. I wanted it to get into a spot in the head that hasn't been hit.” It’s an apt and succinct summary of his debut album’s borderline sadistic tendency to flit in the opposite direction of anything resembling a ‘typical’ Gonjasufi song. On its evidence, he’s not merely a Sufi and a killer, but also by turns a set of strangely fitting polar opposites: fire ‘n’ brimstone preacher and oddball folksy hippie, softly-spoken Dilla acolyte and scraggy vagrant bluesman.

It’s all in the delivery. Ecks’ voice is a hugely versatile instrument, every bit as unique and distinctive as that of Bjork or Tom Waits, a dusty and dessicated thing as able to deliver softly lulling croon as mercurial howl. His default mode, if such a thing could be said to exist, is a vaguely unsettling, hoarse croak that falls somewhere between devotional chant and the mumbled nothings of insanity. He first lent the softer, honeyed end of his register to Flying Lotus’ ‘Testament’, elevating its status to the absolute highlight of the excellent Los Angeles album – a role he reprises here on the FlyLo-produced ‘Ancestors’. Cut from much the same cloth, Lotus’s production slouches along on a calmly psychedelic haze of plucked strings as Ecks summons the spirits of his distant past for inspiration and guidance. The overall effect is like the lucid plateau of a long trip, as strange and foreign elements rattling around just outside the limits of conscious perception lend an aura of tense unpredictability to proceedings. It’s a striking early highlight, and a zenith which later songs struggle to reach.

A Sufi And A Killer certainly isn’t the easiest album to fathom. The sheer volume of ideas packed into its hour long runtime is initially daunting, as are the transitions between each of its 19 tracks, which veer wildly from smooth and seamless to jarring. The sudden shift from the folksy stomp of ‘She Gone’ to the fuzzed out garage rock of ‘Suzie Q’ - itself a warped retake of The Stooges’ ‘I Wanna Be Your Dog’ – seems to take particular delight in knocking the listener out of any false sense of security. Not that it’s ever particularly easy to become lulled into the kind of hypnotic state the album promises during its greatest moments - ‘Ancestors’, ‘Kobwebz’s slowly snaking guitar line, or the nonsense desert grooves of ‘Kowboyz&Indians’. There’s always another twist waiting just out of earshot.

Surprisingly, repeated listens reveal startling depth, a concentrated core of spirituality and self-exploration that becomes increasingly evident as the many awkward segues become familiar. Over its entire length, A Sufi And A Killer offers a fascinating glimpse of a character continually in transition, an appropriate creation given the personal contradictions he seems to display during interviews. The album’s title offers a clue as to its content: a peace-loving yoga practitioner who holds the weight of past aggression inside, Ecks lays bare both sides of his personality, allowing them to battle for supremacy. That neither wins is testament to his enduring mystique – during ‘Sheep’s confession of “I wish I was a sheep / Instead of a lion / So then I wouldn’t have to eat / Animals that are dying” he goes all Devendra, wistfully dreaming of happier times. Three minutes later he’s violently exorcising his demons over an abrasive burst of blues fury.

These unruly changes prove to be both its greatest hindrance and its worthiest asset. Split into separate tracks A Sufi And A Killer loses something, as its split personality diminishes and its becomes unfinished, an album of sketches and bare-bones ideas. Taken as a whole experience the contrast couldn’t be greater, becoming a formidable and challenging listen, but one that offers real rewards just under its gritty surface. Any attempt to give an accurate numerical mark to such an incongruous creature would seem slightly beside the point, so it’s enough to say that A Sufi And A Killer is hard but rewarding work – the more you put in, the more you get out.