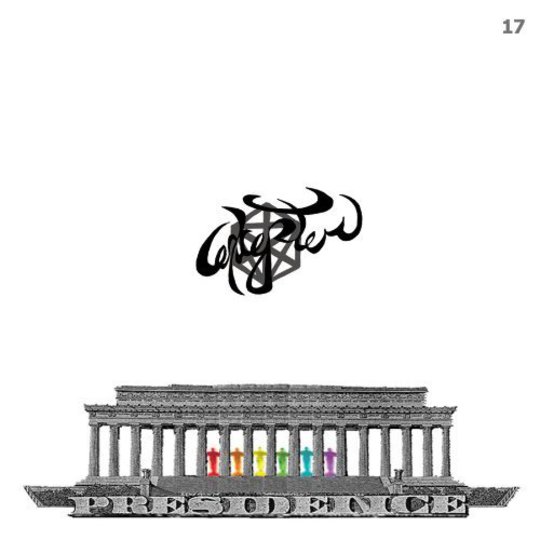 Presidence has been referred to as Excepter’s eighth album in as many years; however the suggestion that this two hour double CD collection of 'live performance and extended compositions' as a coherent 'album' is disingenuous at best. Lacking in direction, rhythm and structure, Presidence is a smorgasbord of work that Excepter have done over the past decade, from the title track, recorded on President’s Day 2003 and consisting of a 30 minute solo synthesizer performance, to ‘The Open Well’, an excerpt from the band’s 17 hour 'protest' performance at Monkey Town experimental cinema-restaurant in Williamsburg, Brooklyn on election day 2008. Similar to another recent experimental release, Sunburned Hand of the Man’s A, Presidence shows glimpses of the potential that could be achieved if only the self aggrandising pretentiousness of being ‘experimental’ could be overcome.

This body of work has been described as spanning 'the full spectrum of the Excepter sound, from street-level electro to cosmic synth infinity and beyond. This is the sound of the band leaving Earth behind'. This is no more the case than with ‘Teleportation’, the umbrella name for the six song suite that kicks Presidence off. ‘BRE’, ‘KAL’, ‘LIL’, ‘GOL’, ‘KOP’ and ‘ASK’, were improvised in one continuous live recording at a home studio. A more unpleasant 31 minutes and 24 seconds you will not experience. Otherworldly and chaotic, the six songs are merged into one, filled with a constant beat surrounded by wailing and grunting nightmarish voices. ‘LIL’ provides a brief respite and shows a glimpse of a song, starting out daintily euphoric and losing the nitrous oxide vocals of the preceding two tracks before descending once more into a distinctly Arabian chaotic mess. The strange voices return and the music is left behind. What is so irritating about ‘Teleportation’ is the fact that the potential to create something truly great is there, only it has been shunned in favour of intellectual masturbation. What has been so enjoyable about other artists on Paw Tracks, in particular Animal Collective themselves, is that they challenge our perceptions of conceptual and typical song structure without completely abusing them, pushing boundaries instead of banishing them altogether.

The end of the ‘Teleportation’ series heralds a slight turning point in the record, with a move towards abstract ambience. ‘Leng’ is reminiscent of a sound check, or the fuzzy tuning of instruments which is pleasantly soothing and rhythmic but utterly redundant at the end of the twenty seven minutes or so that it goes on. Disc 2 begins with the title track and the aforementioned 30 minute synthesizer performance by John Fell Ryan. The arrival of structure and the stomping electro progression is a breath of fresh air which gradually grows stale with the unnecessary longevity of the track. The following songs, if you could call them such, tread the same path without being overly exciting, however in comparison to the monster that was ‘Teleportation’ come across as accomplished pieces of music. The album comes to an end with ‘When You Call’, a bass-heavy mash up of all of the live recordings of Nathan Corbin’s program which pleases the ear.

Presidence is a behemoth of a record, and in sections, particularly with ‘Presidence’ and ‘When You Call’, show that the band have talent and the potential to create something special. Pursuing new directions and seeking out new sonic soundscapes is all very well, as is jamming and wailing for 30 minutes and holding 17 hour gigs. However to merely shove over two hours worth of randomly selected work onto two discs with no attempt at continuity or direction is lazy at best. The greatest challenge is to be experimental within the format of an album, to push boundaries and make statements while focusing your work, and it is on this front that Excepter have massively failed.