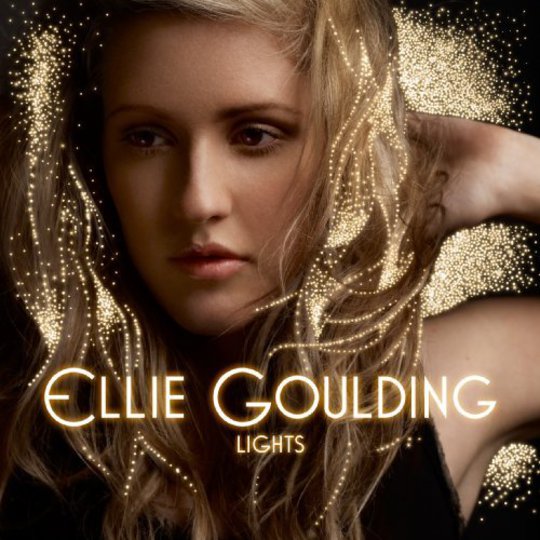 Chances are you will have an opinion on Ellie Goulding. The media has practically demanded that you do, but imagine the BBC’s Sound poll does not exist. Imagine the BRITs Critic’s Choice award was never invented and envisage a world where Marina has no Diamonds and Florence has never even seen a Machine. This world stripped of context and heightened expectation is the one in which we should judge Ellie Goulding. However, when an album plays into the hands of those who want to be lazy, this becomes difficult.

Aged just 23, Goulding is a young girl and despite clearly being ambitious (she got her break after sending Frankmusik her demos) has the air of a rabbit in the headlights as an industry storm collects above her head. This innocence is something that she carries through onto her debut album Lights and is both endearing and restrictive. Symptomatic of Lights being A&R’d in 2009, electro-pop is her standard, as displayed on the singles ‘Starry Eyed’ and ‘Under The Sheets’. But by waving the magic wand of zeitgeist, the album's producers have tripped themselves up, this glossy and detached sound is completely at odds with Goulding’s gentle, considered voice. Had Goulding emerged two to three years ago when the likes of K.T Tunstall and Amy Macdonald were giving Q readers inappropriate feelings, you suspect this album would have been entirely different indeed. Lights sounds like a naïve folk album given a blog house remix. Bleeps and blips cascade around Goulding’s sunny locks, ensuring songs such as ‘Wish I Stayed’ will sound great in a high street store. But where is the authenticity? Presumably at some point soon the country is going to reach saturation point with pretty girls making passable pop aided by synthesisers; so it seems an incredibly safe move to push Goulding down this well worn avenue when the alternative is the equally as comfortable acoustic folk pop direction.

There is angst and longing in Goulding’s voice and hushed delivery that lends itself far better to the battered acoustic guitar and plaid shirt wearing world than she can ever contribute to the sparkle and glamour of FM pop music. Keen fans will know about her covering Midlake and Bon Iver at gigs and on YouTube and this middle England take on Americana (Suburb-icana?) gives Lights some of its more interesting plot twists. Album opener and stand out track ‘Guns and Horses’ starts with nothing but a finger picked guitar and basic drum beat. Goulding’s voice rasps and commands proceedings as she longs to feel the same for a boy who has feelings for her. Elsewhere ‘Wish I Stayed’ and ‘Your Biggest Mistake’ begin in a subdued and human fashion before Goulding frustratingly has her good work hijacked by producer and future solo star in waiting Starsmith with his Auto-Tune happy fingers. Honestly, it’s like Calvin Harris producing a Slow Club album.

Devoid of a true soul or sense of honesty Lights can be a pretty hollow listen. You could argue that away from the aforementioned hype-led anticipation that this album would surprise and charm; yet without the vested interest of big wigs and shareholders Lights might simply not be here. Ellie Goulding is a lost sheep, a girl who should be falling in and out of love whilst learning all she can from people like Feist, Regina Spektor and Joni Mitchell. Instead she is put in uncomfortable looking dresses and made to do dance routines. Let’s just hope she comes out the other side strong enough to get her own voice heard.